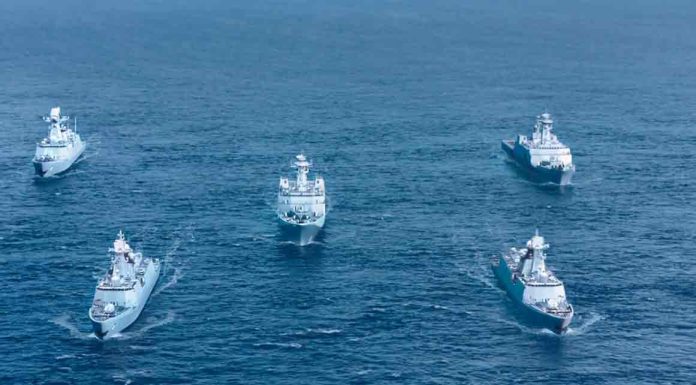 After the Chinese government’s bullying on Taiwan, now the hawkers there have also come down on bullying. The ongoing conflict in China has now entered the cyber world from the real world. Like the Russia-Ukraine war, cases of cyber attacks and hacking are slowly coming to the fore here too. Chinese hackers hacked Taiwan’s government websites.

Hackers have targeted not one or two but many government websites of Taiwan. Taiwan News has given this information. The Chinese flag is visible on these websites. Like the cyber world, China has laid siege to the real world of Taiwan.

China is furious due to US Speaker Nancy Pelosi’s visit to Taiwan and is constantly trying to intimidate Taiwan. For this, fire drill has been started around Taiwan in China. A picture of the Chinese flag remained on a website of the Taiwan government for about 10 hours. The flag of China remained visible on Taiwan’s official website from late Friday night to Saturday morning. China has started besieging Taiwan from all sides. Where hackers are targeting Taiwan in the cyber world. At the same time, in the real world, China has started fire drill. Taiwan is also facing challenges in the trade sector.

Shipments from Taiwan to China are being stopped in the name of review and custom checks. The giant American company Apple has warned its suppliers in this regard. On Thursday, a shipment from Apple’s supplier Pega Tern was sent for review due to being labeled Made in Taiwan.

However, Apple has not said anything officially in this regard. According to the news coming from the sources, the shipment will face customs check if any imported declaration form, document or carton is labeled ‘Made in Taiwan’. Even for violation of the rules, a fine of 4000 yuan (about Rs 47 thousand) is being imposed. Apart from this, the shipment may also be rejected. PLC/GT