Children in India feel empowered and believe their voices are heard : UNICEF

New Delhi,
According to a new survey released by UNICEF on World Children’s Day,when children were asked how they felt when decisions are made that affect them,Indian children report feeling the most empowered, with 52 per cent of them believing their voices are heard and that their opinions can affect the future of their country.When the same question was posed to children in 14 other countries, 50 per cent reported feeling disenfranchised. Violence against children, access to healthcare, and poor education are among the biggest concerns for children in India, according to the report. Poverty, bullying or mistreatment and natural disasters emerged as the other main worries. 51 per centof children aged between 9 to 12 admitted worrying a lot about violence affecting children across the world, and 43 per cent of 13-18 respondents feel concerned a lot over being personally affected by violence. The results also reveal that 91 per cent of Indian children believe the world would be a better place if world leaders listened to children’s voices. “It is clear that children are acutely aware of the challenges their peers across the world face, and it is also apparent that they are afraid of being affected by these issues themselves,” said Dr Yasmin Ali Haque, UNICEF Representative to India. Some of the key findings across India include: 1.    Indian children worry about: ·         mistreatment and bullying affecting their peers, ·         environmental threats (including pollution and climate change) at 75 per cent, natural disasters at 56 per cent and poor health at 54 per cent. 2.    Children in India want world leaders to take action on terrorism (24 per cent), poverty (16 per cent), poor education (16 per cent), violence against children (10 per cent) and threats to nature (10 per cent). 3.    Less than half – 45 per cent children believe their opinion is appreciated by world leaders, while 91 per cent believe the world would be a better place if children’s voices were listened to by world leaders. The survey was carried out in 14 countries across the world among more than 11,000 children between 9 and 18years old. The findings across all 14 countries reveal children feel very concerned about global issues affecting their peers and them personally, including violence, terrorism, conflict/wars, unfair treatment of refugees and migrants, and poverty. Some of the key findings across 14 countries where the survey was carried out include: ·         Children in South Africa and the United Kingdom feel the most disenfranchised with 73 per cent and 71 per cent respectively reporting feeling that their voices are not heard at all or their opinions do not make a change. ·         Violence against children was the biggest concern with 67 per cent reporting worrying a lot. Children in Brazil, Nigeria, and Mexico are the most worried about the same, with 82 per cent, 77 per cent and 74 per cent respectively worrying a lot about this issue.  Children in Japan are the least likely to worry, with less than a quarter of children surveyed (23 per cent) worrying a lot. ·         Children are equally concerned about terrorism and poor education with 65 per cent of all children surveyed worrying a lot about these issues. Children in Turkey and Egypt are the most likely to worry about terrorism affecting them personally, at 81 per cent and 75 per cent respectively. By contrast, children in the Netherlands are the least likely to be concerned that terrorism would affect them directly, at just 30 per cent. Children in Brazil and Nigeria are the most concerned about poor education or lack of access to education, with more than 8 in 10 children worrying about this affecting children across the world. ·         Around 4 in 10 children across all 14 countries worry a lot about the unfair treatment of refugee and migrant children across the world. Children in Mexico, Brazil and Turkey are the most likely to worry about unfair treatment of refugee and migrant children across the world, with nearly 3 in 5 Mexican children expressing a lot of fear, followed by more than half of children in Brazil and Turkey. Around 55 per cent of children in Mexico are worried this issue will personally affect them. ·         Children across all 14 countries identified terrorism, poor education and poverty as the biggest issues they wanted world leaders to take action on. ·         The impact of media coverage on the level of worrying among children appears to be strong. Objectively speaking, issues such as poor health care and a lack of food affect more children than terrorism, yet in most countries more children are worried about terrorism than about poor health care and a lack of food. ·         Nearly half of children (45 per cent) across 14 countries do not trust adults and world leaders to make good decisions for children. Brazil has the highest proportion of children (81 per cent) who do not trust leaders, followed by South Africa with 69 per cent.Children in India have the most confidence in their leaders, with only 30 per cent not trusting leaders. ·         Barack Obama, Cristiano Ronaldo, Justin Bieber and Taylor Swift are the most popular names for children to invite to their birthday party, with the former President of the United States featuring in the top five in 9 of the 14 countries. Watching TV featured as the number one hobby of choice in 7 out of 14 of the countries, outside of school. This World Children’s Day, UNICEF aims to empower children to ‘take over’ and come together to speak out on the issues that are most important to them. This is a day for children, by children. UNICEF hopes World Children’s Day will inspire governments, businesses and communities across the world to listen to children and incorporate their opinions in decision-making processes that affect them. “It’s a fun day with a serious point. A day for children by children to help save children’s lives, fight for their rights and help them fulfil their potential,” said Justin Forsyth, UNICEF Deputy Executive Director. “It is our duty to listen to children and recommit ourselves to the goal of seeing every child treated fairly and living free from oppression,” he added.
Read the full article
Tags: Barack Obama UNICEF Representative to India Dr. Yasmin Ali Haque Justin Forsyth UNICEF Deputy Executive Director Cristiano Ronaldo Justin Biebe UNICEF India Representative Yasmin Ali Haque

NSE and UNICEF urge business leaders and corporates to invest...

Safe water, effective sanitation and hygiene are critical to the... 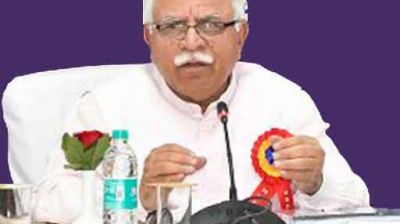 Govt is committed to ensure women's safety and security: Manohar...

Children from across India come up with solutions to digital...

UNICEF: Make the digital world safer for children – while...