Challenges for Revenue Administration in Large Agrarian Districts - An Address by V.Srinivas IAS

I am delighted to be with you in Nagaur today, a district where my initial years of service were spent, in pursuit of understanding Rajasthan’s complex tenancy systems. The big challenge which in large agrarian districts of Rajasthan like Nagaur is to ensure updation of land records to ensure that benefits of development reach farmers on a timely basis. The vast geographical spread of Nagaur, with 1700 villages, a largely agrarian economy necessitates large deployment of Revenue Officials. The expansion of Sub-Divisional Officers and Tehsildars to cope with the huge workloads of the District in Revenue Administration is a significant step forward taken by State Government. In 1990, I noticed that Didwana and Parbatsar sub-divisions were unwieldy and large as also Merta. I am glad that these sub-divisions have been bifurcated by creation of new sub-divisions and Tehsils which makes for simpler governance models. In Nagaur, Government has taken a number of important steps to ensure Revenue Administration reaches the doorsteps of farmers.

One of the fastest methods for developmental financing to reach the farmers is through timely credit availability. The massive expansion of financial inclusion under Jandhan and Aadhar based mandatory linkages for availing bank loans has necessitated consistency in recording of entries in land records. There is huge litigation that is being filed for correction of entries in Khatauni Jamabandi under section 136 Rajasthan Land Revenue Act 1956. I am happy to note that thousands of cases have been decided during the Revenue Campaign and in regular court sittings for corrections of entries. The Act of 1956 entails that no error shall be corrected unless a show cause notice has been issued to the parties. It is to be further borne in mind that the correction of entries in case of division of holding can be made only when the division is complete. All transfers of rights shall only be made in accordance with the provisions of the Rajasthan Tenancy Act, 1955.

In a district of this size, the presence of an effective Revenue Administration is best felt through efficiency at the Patwari level. This improvement in systemic efficiency can be brought about by timely inspections of Patwaris by Tehsildars, of Tehsil offices by Sub-Divisional Officers and of Sub-Divisions by District Collector. Inspections and night halts are the most effective way of improving field level governance and I would urge each one of you to focus on this long established and successful governance practice. I would also impress upon you the need for consistency and predictability in Court sittings and emphasis on file reading and judgment writing. Judgment writing must be in accordance with the established codal provisions laid down in the Civil Procedure Code Order 20 Rule 5 with decisions being recorded on each of the issues formulated. Court sittings of SDO’s for 3 days from Monday to Wednesday 1030 am to 1.30 pm and Assistant Collectors for 5 days from 1030 am to 1.30 pm must be ensured. The timelines between hearing arguments and pronouncing decisions may be kept as minimal as possible.

As young officers, I would impress upon you what I always felt were the seminal provisions of the Rajasthan Tenancy Act 1955 – protection of the lands of deity, protection of lands of Scheduled Castes and Scheduled Tribe Tenants and protection of the rights of the Girl Child. Revenue Courts must ensure that the protective legislation given to these categories of tenants are rigorously implemented.

Please accept my good wishes in all your challenging policy endeavors.

V.Srinivas is an IAS officer of 1989 batch, presently posted as Chairman Board of Revenue for Rajasthan He had previously served in the Ministry of Finance and as Advisor to Executive Director (India) IMF, Washington DC. Also worked as Planning and Finance Secretary of Rajasthan. 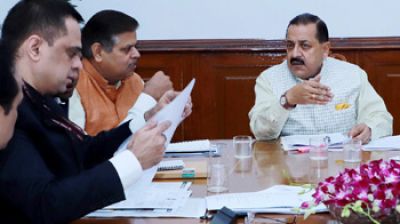