Christine Storm releases her debut Spiritual Album Titled “7” today available at all platforms worldwide via Amada Records/Universal Music Group Distribution. The album will comprise of 7 songs with 7 messages that 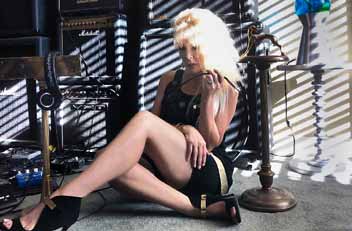 will each individually touch the heart and soul. With genres and melodies ranging from Pop, Rock, R&B to even a Reggae feel, this project is sure to be a classic that you can play any time of the day, year or even a lifetime. The best way to describe is it’s TIMELESS!

Nevada-based vocalist Christine Storm is a powerful singer with a bent toward high-energy rock and electronic dance pop. Interested in performing from a young age, Storm initially majored in theatre at the University of Idaho before deciding to focus on a career in pop music.

After college, she formed the band Mansion with bassist/engineer Jerry Spikula and launched a successful cabaret career. As a “rock cabaret” performer, Storm has entertained audiences around the globe. In 2014, she released the Spikula-produced single, “Shoulda Coulda Woulda,” which hit number 36 on the Billboard Mainstream Top 40 chart. A year later, she returned with another Spikula-helmed single, the house music-infused “Enter the Storm.”

In front and behind the camera, Christine actively holds the creative reigns, steering a wide range of feelings, characters, and storylines directly from her music to the screen. Whether her audience is listening in the car, watching a music video, or seeing her live show, what drives Christine’s creative process is her goal for everyone to move, have some fun, and even think a little. These take-away moments have fueled word-of-mouth buzz for Christine that lead to performances at various charity and private events where industry players such as breakthrough pioneer artist Malina Moye, and Rock & Roll icon Mike Love, have become fans. 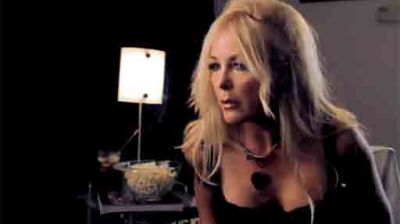