CBI registers a case against then regional officer of NHAI & others

INVC NEWS
New Delhi,
The Central Bureau of Investigation has registered a case against the then Regional Officer, NHAI, Regional Office, Jammu; a private firm & its Proprietor and unknown others on the basis of a preliminary enquiry conducted by CBI. It was alleged in the Preliminary Enquiry that the said private firm through its Proprietor entered into conspiracy with officials of Regional Office, NHAI, Jammu and got the work order in a tender dated 10/01/2018, for improvement & routine maintenance of Lakhanpur- Jammu Section for Rs.9.34 crore(approx.), in  violations of terms & conditions of the said tender. It was further alleged in the PE that the then Regional officer, NHAI, entered into conspiracy with the said proprietor and favoured the firm in the award of said tender. It was also alleged that the experience certificates submitted by the said firm along with the bid, did not mention whether the road constructed from Atholi to Palali section in Kishtwar district was a 02/04/06 lane highway.  Whereas in the experience certificates of other 04 qualified bidders, they had specifically mentioned that the roads constructed by them were 02/04/06 lane highway.  It was further alleged that the fact was overlooked while processing the bid of said firm and consequently favourably processed the bid. Moreover, experience certificates submitted by the said firm through its Proprietor were allegedly found to be fake & forged. In this manner, the accused allegedly cheated NHAI.

CBI arrests an absconding accused in a case related to... 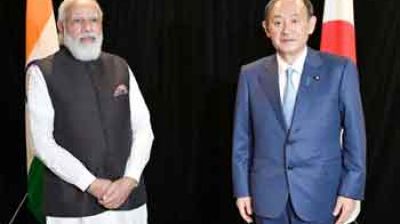