CBI registers a case against then MD & CEO of IFFCO

INVC NEWS
New Delhi,
The Central Bureau of Investigation has registered a case on the basis of  references from Ministry of Chemical & Fertilizer, Department of Fertilizers, (Govt. of India) & also on other information, against then MD & CEO, Indian Farmers Fertilizer Co-operative Ltd. (IFFCO); then MD, Indian Potash Ltd. (IPL); two Promoters of a private company; President, Promoter, Senior Vice President of Dubai based company & its Employees; a Chartered Accountant/Promoter of other private company and others including unknown Directors of IFFCO etc.

It was alleged that IFFCO and Indian Potash Limited have been importing huge quantities of fertilizers running into several thousands of MTs and raw materials for fertilizers from various foreign suppliers. It has been stated that the fertilizers are supplied to the farmers in India and the Government of India has been providing subsidy on fertilizers to facilitate supply of fertilizers to the farmers at reasonable rates. It was also alleged that in order to cheat Govt. of India by claiming higher subsidy,  these officials of IFFCO and Indian Potash Limited have been importing fertilizers and raw materials through M/s. Kisan International Trading FZE in Dubai (a subsidiary of IFFCO) and other middlemen at highly  inflated rates covering the commission  meant for the accused including   then MD of IFFCO & then MD of Indian Potash Ltd, which was paid / transferred by the Overseas Suppliers to the  accused  officials through sham transactions involving the said accused .

Searches are being carried out at the office & residential premises of accused in 12 locations including  Delhi, Gurgaon,  Mumbai etc. 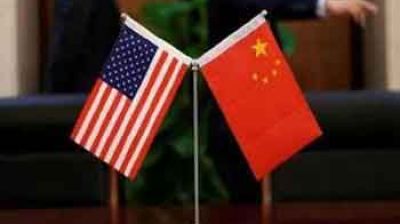