CBI had registered a case on 05.04.2017 on the request of Haryana Government and taken over the investigation of FIR No. 03 dated 05.05.2016, earlier registered U/s 409, 420 & 120B of IPC and U/s C & Section 13 of PC Act, 1988 at Police Station, State Vigilance Bureau, Panchkula (Haryana). It was alleged that the New Delhi based private company was allotted Plot No. C-17, Sector-6, Panchkula by Haryana Urban Development Authority (HUDA) on 24.08.82 for the purpose of publication of Hindi Daily Newspaper, Nav-Jivan from the said premises. The Estate Officer, HUDA, Panchkula vide order dated 30.10.92 resumed the said Plot, as the said private company failed to carry out the construction as per the terms and conditions of allotment. The said company, then filed an Appeal against the Resumption order dated 30.10.92, which was dismissed by the Chief Administrator, HUDA, Panchkula vide order dated 26.07.95. Thereafter, the said company filed a Revision Petition before the Finance Commissioner and Secretary, Govt. of Haryana, Town & Country Planning Department against the order dated 26.07.95, but the same was also dismissed on 10.10.96. The Legal Remembrancer, Haryana had given legal opinion that the resumed plot could not be re-allotted, since the order had attained finality, after dismissal of the Revision Petition filed by the said company. The officials of HUDA had also allegedly proposed that advertisement be floated for re-allotment of the said Plot by inviting fresh applications and the private company could also apply for the said Plot. It was further alleged that the then Chairman, HUDA (then CM), Haryana and the officials of HUDA entered into conspiracy with the private company and misused their official position by wrongly ordering for re-allotment of the institutional plot at old rates plus interest to the said private company vide order dated 28.08.2005, passed by the then Chairman, HUDA and caused loss of Rs.62 lakh (approx.) to the Govt. Exchequer. During investigation, it was revealed that then chairman HUDA allegedly over ruled the opinion of Legal Remembrancer, Haryana and the proposal of the officials of HUDA for floating new advertisement for the allotment of the institutional plot at the prevalent current rate on flimsy grounds. Investigation has also revealed that the resumption order dated 30.10.92 was passed allegedly by HUDA, only after the said private company had been given ample opportunities for completion of construction at the site. It was also alleged that the purpose of allotment of the institutional plot for publication of Hindi Daily Newspaper, Nav-Jivan from the said premises had not seen the light of the day and the said premises was left unused and no news paper was being published from the said premises. It was further alleged that the said plot was instead mortgaged by the private company to Syndicate Bank, New Delhi and the loan availed against the mortgage of the said plot was used for commercial purpose. The accused in conspiracy with others had allegedly abused official position and dishonestly re-allotted the institutional plot No.C-17, Sector-6, Panchkula to the said private company at old rate, thereby, causing wrongful gain of Rs.67.65 lakh (approx.) to the private Company and corresponding wrongful loss to the Government exchequer. Further investigation is continuing. The public is reminded that the above findings are based on the investigation done by CBI and evidence collected by it. Under the Indian Law, the accused are presumed to be innocent till their guilt is finally established after a fair trial.
Read the full article
Tags: HUDA Chairman Central Bureau of Investigation CBI cases Haryana Urban Development Authority INVC NEWS New Delhi Haryana Court of Special Judge Panchkula Haryana CBI files chargesheet against then chairman haryana urban development authority 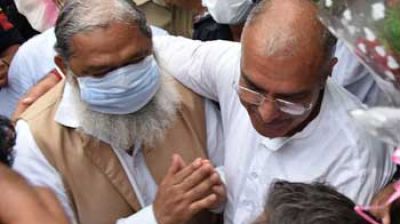 Anil Vij scathing attack on the entire Congress including Indira...

Efforts will be made to clear the cases registered against... 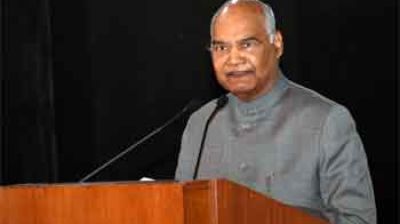 President Kovind will give a new direction to rural development