INVC NEWS New Delhi, The Central Bureau of Investigation has today filed a chargesheet in the Court of Special Judge, CBI Cases, Mumbai, u/s 120-B r/w 409 & 420 of IPC & Sec 13(2) r/w 13(1) (c) & (d) of the Prevention of Corruption Act, 1988 and substantive offences thereof against a partner of three private firms (including two Diamond firms) based at Mumbai; his brother(also partner of said private firms); their three private firms based at Mumbai; seven employees/associates & one Chartered Accountant of said firms and 12 officials of the Punjab National Bank including then MD & CEO, 02 Executive Directors & General Managers on the allegations of committing Letter of Undertaking(LoU) fraud to the tune of Rs.6498.20 crore(approx) on the Punjab National Bank. CBI had registered the case on 31.01.2018 against the partner of three private firms and others including then officials of Punjab National Bank on a complaint from Punjab National Bank on the allegations that the accused persons had hatched a criminal conspiracy amongst themselves to defraud the Punjab National Bank to the tune of Rs.6,498.20 crore (approx) by fraudulently issuing Letters of Undertaking. During investigation, CBI conducted searches at 42 premises and arrested fifteen persons. Around 80 witnesses have been examined and voluminous documents have been collected. Investigation revealed that during the period from 2011 to 2017, the accused officials of the Punjab National Bank, in conspiracy with said owners of the firms and others, had fraudulently issued a large number of LoUs to overseas banks for obtaining Buyer's credit in favour of said three firms without any sanctioned limit or cash margin and without making entries in the CBS system of the bank. Investigation further revealed that the fraud was allegedly perpetrated despite the circulars issued by RBI which was in the knowledge of senior officials of Punjab National Bank. Further, the PNB officials did not implement the circulars and caution notices issued by the Reserve Bank of India regarding safeguarding the SWIFT operations and instead misrepresented the factual situation to RBI. Further investigation is continuing. The public is reminded that the above findings are based on the investigation done by CBI and evidence collected by it. Under the Indian Law, the accused are presumed to be innocent till their guilt is finally established after a fair trial. 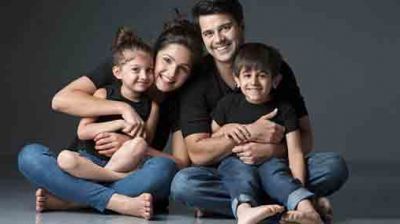