CBI, clearly acting under pressure from the central government 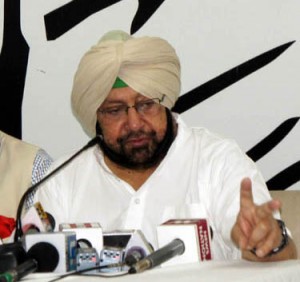 INVC NEWS
Chandigarh,
Asserting that the state had no faith in the CBI in the matter of the Bargari sacrilege case probe, Punjab Chief Minister Captain Amarinder Singh on Thursday declared that his government would not, at any cost, allow the Badals to prevent the investigations from going back to the Punjab Police.

Even as the state government formally contested, in court, the CBI’s decision to hand over the Bargari investigation to a Special Investigation Team (SIT), the Chief Minister said the CBI, clearly acting under pressure from the central government at the behest of the Badals, was quite obviously trying to stop the probe from going forward. The decision to hand over the case to a new SIT three months after it had filed a closure report in court was a clear ploy to delay the probe and stop the state government from taking over.

His government, said Captain Amarinder, would continue to oppose the CBI in the court and will also fight, at all levels, for getting the case back to the state. “We will not let anyone get away with cheating the people of Punjab out of their due justice,” he declared.

The Chief Minister also came down heavily on the Akali leadership, particularly Union Minister Harsimrat Kaur Badal, saying she should either persuade the Centre to send the case back to the state or should resign. He reminded her that her party (Shiromani Akali Dal) was part of the unanimous decision of the Vidhan Sabha to withdraw the case from CBI. Since she claimed to be a vociferous protector of Sikh rights and sentiments, she should prove her credibility by fighting within the central government to get the Bargari case back to the Punjab Police for a fair probe, he added.

The CBI had exposed itself to be totally partisan and unfair in the entire affair, said Captain Amarinder, pointing out that despite repeated pleas and efforts from the state government in the wake of the closure report, the national agency had failed to return the case files to Punjab Police. The failure was clearly deliberate and mischievous, so that the agency could buy time to divert the case to the new SIT, for its eventual burial, he added.

The CBI has been acting entirely under the influence of the Badals, which negates any possibility of a fair and thorough probe into the case, said the Chief Minister, adding that justice can now only be meted out if the state police investigates the matter.

“For three years, they (CBI) failed to make any headway in the case despite all the powers and means at their disposal, and then filed a closure report without completing the investigation. And when we decided to duly take the case back from them, as per the decision of the Vidhan Sabha, they have done a complete U-turn again by reopening the case and handing it over to their own SIT,” said the Chief Minister.

The whole business, he lashed out, smacked off all-out attempts to bury the probe and allow the Badals, whose complicity in the matter was becoming more and more clear by the day, to go scot-free, he added.

His government, said the Chief Minister, would go to any length to ensure that the course of justice is not perverted, as the Badals wanted it to be. “We will fight the CBI tooth and nail, and will ensure that the investigation is taken to its logical conclusion,” he asserted.

Captain Amarinder’s remarks came even as, acting on his directives, the state government formally placed its objections to the CBI decision before the court. Advocate General Atul Nanda said the state was contesting the CBI decision on the ground that once it had withdrawn its consent, under Section 6 of the Delhi Police Establishment Act on 6th September, there was no jurisdiction for CBI to continue investigation.

“They are obliged in law to hand over all the papers to us so that, as desired by the Vidhan Sabha, our SIT can take things in their own hand, and what they could not do in three years, the state police may be able to do in a shorter period,” he said.

The court has set October 30 as the next date of hearing.

He would soon take up the issue with the Prime... 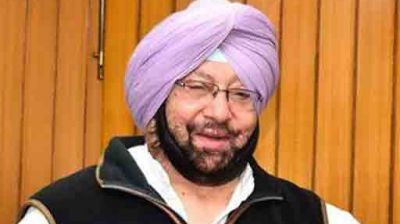