CBI arrests an enforcement officer for accepting bribe of Rs.50,000/- 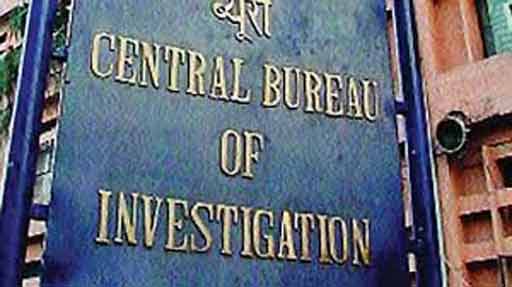 INVC NEWS
New Delhi,
The Central Bureau of Investigation has arrested an Enforcement Officer, EPFO, Regional Office, Jabalpur (Madhya Pradesh) for demanding and accepting a bribe of Rs.50,000/- from the complainant.

CBI had registered a case on a complaint U/s 7 of PC Act, 1988(as amended in 2018) against an Enforcement Officer, EPFO, Regional Office, Jabalpur on the allegations of demanding a bribe of Rs.50,000/- from the complainant for setting right the PF compliance deficiencies on the part of the complainant's high school at Adhartal, Jabalpur (Madhya Pradesh) as noticed during his visit to the school.

CBI laid a trap and caught the accused red handed while accepting the bribe of Rs.50,000/- from the complainant. Searches are being conducted at the premises of the accused.

The arrested accused will be produced tomorrow before the Designated Court at Jabalpur.

EPFO offices are functional to help them overcome this crisis

EPFO is disbursing monthly pension to more than 65 Lakh...