Home Other Indian State News CBI and ED will investigate the unaccounted assets of Uddhav Thackeray and... 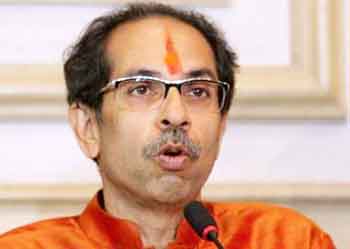 A public interest litigation was heard in the Bombay High Court on Wednesday regarding the accumulation of unaccounted assets against former Maharashtra Chief Minister Uddhav Thackeray and his family members. Dadar resident Gauri Bhide and her father Abhay Bhide have filed this petition. On this Justice S. The hearing took place before a bench of Justice Gangapurwala and Justice Dige. However, Thackeray’s lawyers again complained to the High Court that the objections raised by Gauri Bhide to his petition had not yet been resolved. Bhide claimed that since no lawyer was ready to accept his plea,

They have stood up for argument before the court. But it is necessary for them to submit on affidavit that they are capable of arguing themselves, they have no self-interest behind the petition and there is no criminal case against them and the cases need to be submitted on affidavit, they have given these things is completed. The High Court adjourned the hearing till November 22 while directing the petitioners to meet the Registrar of the High Court before the next hearing. Since Thackeray’s income and his assets do not match, the main demand of this petition is to investigate the matter through CBI and ED.

What is petition?
The petition filed in the Bombay High Court alleges that Uddhav Thackeray’s wealth is an unaccounted wealth accumulated through corruption and embezzlement. Against this, he has lodged a complaint by writing a letter to the Mumbai Police Commissioner on July 11, 2022, but no action has been taken so far. Alleging that no action is being taken despite evidence of Thackeray’s corruption and money laundering, Union Home Ministry, Union Finance Ministry, CBI, Mumbai Police Commissioner, Uddhav Thackeray, Aditya Thackeray, Rashmi Thackeray and Tejas Thackeray Respondent has been made in the petition.

All these have violated Indian Constitution, IPC, CrPC, Prevention of Corruption Act, Representation of the People Act. Uddhav Thackeray is the former Chief Minister of Maharashtra,

Aditya Thackeray was an important minister in his cabinet. Therefore, as the representative of the people, the Prevention of Corruption Act and Section 21 of the IPC apply to him. Apart from this, the Representation of the People Act also applies. Further, respondent nos. 7 and 8 Rashmi Thackeray, Tejas Thackeray are very close relatives of Uddhav Thackeray, they should also be investigated as per this law/? PLC/GT