from pittsburgh to seoul, the g20’s objective was strong, sustainable and balanced growth. at toronto the g20 adopted an ambitious reforms path to raise global output by $ 4 trillion, create an estimated 52 million jobs, lift 90 million people out of poverty and significantly reduce the global imbalances. the 3-pronged approach envisaged credible fiscal consolidation plans, medium term fiscal plans and fiscal consolidation with focus on measures that will foster economic growth.  advanced deficit economies were to boost national savings and enhance export competitiveness. surplus economies were to focus more on domestic sources of growth, increase infrastructure spending, enhance exchange rate flexibility and strengthen social safety nets. all of them needed to focus on reforms including in the financial sector aimed at alleviating key impediments to higher growth.

on the eve of the cannes summit 2011, the imf submitted a report titled “the g20 mutual assessment process: from pittsburgh to cannes – imf umbrella report”. the report took stock of the progress made in delivering upon the policy commitments made in the seoul action plan.it presented an updated assessment of g20 macroeconomic frameworks and a sustainability report onthe nature of large imbalances - key imbalances being public debt & fiscal deficits; private savings and private debt; external position – trade balance. the imf said that the g20 economies had been making progress toward the policy commitments made at the toronto and seoul summits. however the global environment had become much more challenging, as growth in advanced economies had slowed sharply and financial stress had increased. the imf recommended swift and decisive action to secure the agreed objectives.

at the cannes summit 2011, the g20 faced another major challenge in handling the european crisis. the global strategy for growth and jobs was built around endorsing the decisions of the european leaders to restore debt sustainability to greece, strengthen european banks, build firewalls to avoid contagion and lay the foundation for robust economic recovery in europe. they once again focused on efforts towards a more stable and resilient international monetary system. the big decision was the sdr basket composition should reflect the role of currencies in the global trading and financial system and the sdr basket was to be reviewed in 2015. the g20 further agreed that the resources of the imf should be mobilized to implementing the euro area’s comprehensive restructuring plan including country reforms.

the washington summit of 2008 had agreed that all financial markets, products and participants would be regulated or subject to oversight. the financial stability board started publishing the list of global systemically important financial institutions (g-sifis). the g-sifis would be subjected to strengthened supervision, a new international standard for resolution regimes as well as from 2016 additional capital requirements. similarly the systemically important non-bank financial institutions were to be identified. the financial stability board was mandated to coordinate and monitor the g20’s financial regulation agenda.

the cannes summit considered addressing commodity price volatility and promoting agriculture, improving energy markets and pursuing the fight against climate change, avoiding protectionism and strengthening the multilateral trading system, addressing the challenges of development, intensifying the fight against corruption and reforming the global governance fort he 21st century. the g20 pursued dialogue and cooperation amongst the major international organizations especially the un, wto, the ilo, the wb and the imf. the g20 taskforce on employment for youth was setup and a ministerial meeting of labor ministers was added for the mexico summit 2012. the b20 (for business) and l20 (for labor groups and unions) were added to the cannes summit meetings.

a strong, sustainable and balanced growth is not possible in the absence of capacity to cope with crisis, lack of resilience against volatile capital flows and exchange rate misalignments. the cannes summit 2011, sought to build a more stable and resilient international monetary system. implementing and deepening financial sector reforms was a priority area. steps for filling up gaps in regulation and supervision of the financial sector included direct regulation of shadow banking activities, enhancing transparency of derivative and commodity markets and enhancing consumer finance protection. tackling tax havens and non-cooperative jurisdictions was necessary to protect public finances. 59 jurisdictions were identified for adherence to international standards.

the developmental agenda of the cannes summit 2011 covered investing for global growth. the g20 pledged support for humanitarian crisis in the horn of africa infrastructure investments in low income countries and asked the multilateral development banks to formulate a joint action to address infrastructure-financing bottlenecks.

cannes summit 2011 recognized the g20 as an integral part of the overall framework of international governance, as a leader-led and informal group and the premier forum for international economic cooperation, bringing together major economies on an equal footing.

G 20  A decade in multilateralism

V.Srinivas is an IAS officer of 1989 batch, currently posted as Chairman Board of Revenue for Rajasthan and Chairman Rajasthan Tax Board.

He has served as Advisor to Executive Director (India) in the IMF, Private Secretary to Finance Minister & External Affairs Minister Government of India and Planning & Finance Secretary Rajasthan.

Read the full article
Tags: decade in multilateralism G 20 A Decade in Multilateralism Cannes Summit 2011 Building A Common Future Renewed Collective Action For Benefit Of All 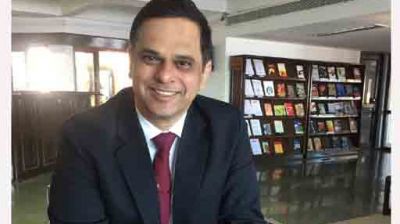 G 20 – A decade in multilateralism