As the G20 Summit begins in Osaka, the international community is looking forward to deliverable on issues ranging from e-commerce to climate change, and much more. A pertinent issue, however, that deserves immediate attention is the future of rules-based multilateral trading system, which is being marred by trade war and an attack on the Appellate Body of the World Trade Organisation (WTO).

Trade war is not simply a trade-related issue. It is a geopolitical instrument capable of distorting international trade, and disrupting global production networks and value chains. The widening trade deficit with countries like China and India is a cause of concern for President Donald Trump. So, the ongoing or a future trade war may actually become instrument for coerced negotiation. This could be aimed either at seeking market access for American goods or for geopolitical maneuvering pertinent to strategic issues like restricting India’s purchase of S-400 – a missile defence system from Russia. Needless to say, the U.S. sanctions have already compelled India to stop oil import from Iran. India now faces a strenuous task to manage its energy security, which it hopes to sustain albeit with a recurring cost to its consumers.

In a recentmove, India has already imposed retaliatory tariffs on twenty-eight products from the United States in response to Mr. Trump’s decision to end India’s duty-free access.On the other hand, China is already entangled with the U.S. in a prolonged trade war. In fact, it is not surprising that as per a recent WTO Monitoring Report, the countries of the G20 have already implemented twenty new trade-related restrictive measuresviz. tariff increase or import ban etc. in less than a year. This is really an alarming trend for the multilateral trading system.Roberto Azevêdo, Director General of the WTO has also termed it as a “serious concern”.

Therefore, at G20 Summit in Osaka, which hosts developed and emerging economies alike, the challenge therefore remains geopolitically complex and non-traditional too.

Mr. Trump's pannier has included behavioral as well as socio-political approaches aimed at deterring whatsoever, he thinks, challenges American sovereignty. He can adopt an aggressive posturing on Iran, wage a trade war with China, blacklist multinational companies, restrict market access, maintain American spontaneity amid engagement in the Arab world, pull out of mega-agreements like Paris accord, block the appointment of judges to the Appellate Body of the World Trade Organisation (WTO), and yet show a fatherly comfort when dealing with Chairman Kim! He does it all because he wants to make America great again, perhaps not through popular geopolitical representations alone, but realistically as well. But there’s a cost to it, and the multilateral trading system is facing this heat.

In fact, the United States has no hesitation in citing Article XXI of the General Agreement on Tariffs and Trade to impose trade restrictions based on national security exceptions. Last year, Mr. Trump has already threatened to pull out of the WTO. Explicitly, he has even blamed the Marrakesh Agreement – the one that established the WTO – as the single worst trade agreement ever made. Moreover, the U.S. is already critical of the organisation for not being able to deal adequately with China.

Looking closely at what he wants in the WTO reveals much about the imminent need for reforms in the dispute settlement mechanism.U.S. has been blocking the appointment of judges to the Appellate Body of the WTO dispute settlement system, which is left with only three judges now. When the term of two of the judges ends in December this year, it would practically render the collapse of the Appellate Body.

In Osaka, the developing countries need to push for reforms in the WTO. Also, they should cautiously decipher if Mr. Trump actually intends to separate the trade dispute settlement mechanism from the WTO – something which may sound unrealistic, but may just be “a Trump Tweet” away!If this happens, a new trade dispute tribunal can – and indeed will – potentially override the need for reforms in the dispute settlement body and may even replace it. But how democratic such an arrangement would be, cannot be guaranteed.

June 2020, when the WTO Ministerial Conference is scheduled in Kazakhstan, is not far away. If growing trade deficit is a concern for the U.S., will the jurisdiction of a trade dispute settlement mechanism be attuned to go beyond the conventional non-adherence to WTO principles? At least, the developing countries should get an answer to this in the Osaka outcome document, and help create consensus to restore the legitimacy of the WTO.

Consumers of the world are eagerly awaiting a win-win deal from Osaka. They do not want a trade war and a weak WTO. Hope the G20 leadership is listening! 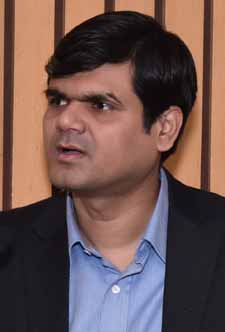 Dr. Faisal Ahmed is a trade and geopolitical expert and an Associate Professor of international business at FORE School of Management, New Delhi. His research and consulting areas include trade and geopolitics, Indo-Pacific region, WTO issues, and south-south cooperation. He held the position of consultant to the United Nations Economic and Social Commission for Western Asia, and has led project supported by the Ministry of Commerce & Industry and Ministry of External Affairs, Govt. of India. Besides his Doctoral and Master’s degree from India in the area of international business, he also holds an executive qualification in Geopolitical Analysis from Geneva, Switzerland.

He is a member of the prestigious International Political Science Association, Montreal, Canada. His research papers have been published in national and international refereed journals indexed in scholarly databases. He has also published several opinion articles, book chapters and monographs. His latest monograph is on the Geopolitics of Exclusive Economic Zones with focus on the South China Sea.

He has edited two books, one on India-ASEAN and the other on India’s Foreign Policy: West Asia and North Africa. The second one as well as two of his Research Monographs on India’s trade policy are already indexed in the Library of Congress, the U.S. Parliament Library in Washington. Dr. Ahmed is also the author of the textbook titled "Business Environment: Indian and Global Perspective" published by Prentice-Hall publications. He has visited several countries for academic work and is invited as speaker and panelist by leading universities, government think tanks, Embassies and inter-governmental organizations in India and abroad. Dr. Ahmed's articles have also appeared in leading newspapers like The Financial Express, Bangkok Post, South China Morning Post (Hong Kong), The Santiago Times (Chile), The Hindu Business Line, The Economic Times, and The Straits Times (Singapore). Also, he has been on expert panel in national and international media including Times Now TV, Vietnam TV, and the BBC.

He can be reached at faisal.geopolitics@gmail.com 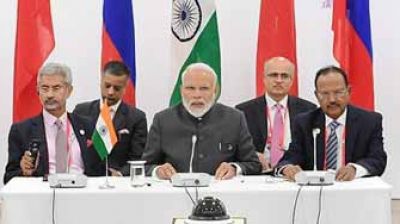 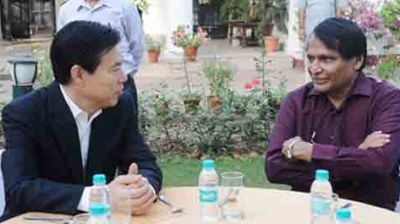