Home Other Indian State News By-election 2022: Congress party got less votes than NOTA in this election 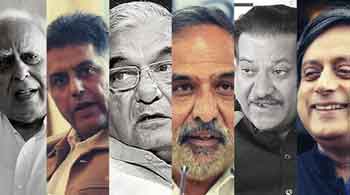 RJD won a landslide victory. But in this by-election, the Congress party got less votes than NOTA in this election. At the same time, Mukesh Sahni’s VIP spoiled the game of BJP here. Ramai Ram’s daughter stood third here

The results of the by-elections held in five seats in four states of West Bengal, Bihar, Maharashtra and Chhattisgarh have been declared. The Bharatiya Janata Party has suffered a major setback in all the four states. The BJP has been eating all four.

The magic of Mamta Banerjee and Tejashwi Yadav has been spoken in Bengal and Bihar. Whereas in Maharashtra and Chhattisgarh, the Congress party has shown its glory. Shatrughan Sinha and Babul Supriyo have won two seats in West Bengal from Asansol Lok Sabha seat and Ballygunge assembly seat.

TMC candidate Sinha won the Asansol seat by a margin of two lakh votes. He was pitted against BJP candidate Agnimitra. At the same time, Babul Supriyo of Trinamool won the Ballygunge assembly constituency. Meanwhile, CM Mamata Banerjee has thanked the voters for the “decisive mandate” in both the seats. He said the party considers it a gift from the people on the occasion of Bengali New Year. RJD has won a landslide victory in the by-elections held in Bihar’s Bochahan seat. RJD’s Amar Paswan defeated BJP’s Baby Kumari by more than 35,000 votes. Amar Paswan got 82562 votes, Baby Kumari got 45909 and VIP’s Geeta Kumari got 29279 votes. In Bochana, RJD won a landslide victory. But in this by-election, the Congress party got less votes than NOTA in this election. At the same time, Mukesh Sahni’s VIP spoiled the game of BJP here. Ramai Ram’s daughter stood third here.

RJD leader Tejashwi Yadav tweeted, “Heartfelt thanks to the public owners of Bochahan. In the assembly by-elections, people suffering from unemployment, inflation and poor education, health, agriculture and law and order, double engine government and opportunists.

He has done a just job of defeating the anti-people policies and arrogance of the 4 parties involved in NDA thugs. Congress candidate Yashoda Verma has won a big victory in the counting of votes for the Khairagarh assembly by-election of Chhattisgarh. He defeated BJP candidate Komal Jangel by about 20,176 votes. On the other hand, the Congress has registered a victory in the by-elections held in the Kolhapur North assembly seat of Maharashtra. Congress candidate Jayshree Jadhav has won. He defeated BJP candidate Satyajit Kadam.