"We urge the government to reduce taxes for individuals as more money in their hands will boost the economy. Bring the taxes down to 10% to 15% every Indian will prefer paying the tax rather than evading. More spending will result in the wheel of economy churning and then eventually lead to higher GST collections and a winder base for income tax. Clean up measures have been undertaken, now it is time to reduce income tax rates. We don’t need to look outside for funds they will be plenty available within. please consider the long term capital gain in gold to be nil in case it is exchanged for equivalent amount of gold jewellery. This would help the tax payers and ease the compulsion on income tax. Finally, if possible bring down the customs duty rate where illegal smuggling will be unattractive this will lead to keeping all gold treasures within the system."

The insurance sector plays a critical role in an economy by securing future earnings of individuals and companies and enabling a balanced risk transfer, thereby protecting the GDP of a country. However, in India, this vital role and extent of insurance is both under served and under achieved.

According to the Insurance Regulatory and Development Authority of India(IRDAI), the protection gap difference between insured losses and economic losses in the country is between 70-80 per cent, and the overall insurance penetration at 3.7 per cent of the GDP. A recent report by Lloyd’s of London estimated that India has the second largest insurance gap in the world of $27 billion after China which has an insurance gap of over $76 billion.

Given this huge protection gap and its potential impact on the nation, we would like to see the Government incentivising purchase of Term Plans (‘Risk of living to short’) and Annuities (Risk of‘Living to long’) further in the forthcoming Budget.

Hiking tax exemption on Term Plans: Since term plans are priced efficiently and economically, providing more incentives – such as a separate rebate of Rs. 25000 to buy Term Plans – would certainly induce many of the under-insured to secure themselves. At present, the maximum tax exemption, provided under Section 80C of the Income Tax Act, is Rs. 1.5 lakh. Such a step would be helpful for younger population who are joining the national workforce to cost effectively avail a life insurance plan.

A case for tax-free annuities: Given the overall economic volatility and its impact on retirement savings, the Government must use this Budget as an opportunity to encourage financially sound retirement plans by making all annuities (upon maturity of a policy or pension fund) tax free.

As per current tax implications, only one-third of the corpus that is distributed to the retiree (after reaching the retirement age) by the pension plan is tax-free; the rest is . The rest, distributed as an annuity, is subject to taxation depending on the retiree’s tax rate at the time of retirement. Thus, annuities are taxed in such a way that the principle amount also gets taxed.

The industry believes that solving this anomaly would encourage citizens to buy annuities as the most reliable step towards retirement.

As India braces itself for its maiden mega financial event of the New Year – Union Budget 2020, all the eyes will be on Finance Minister Nirmala Sitharaman on 1st February 2020, when she tables her second Budget in the Parliament.

The Budget comes at a time when the Indian economy is facing a severe slowdown, with GDP dropping to 4.5% in the July-September quarter of 2019-20. With five back-to-back quarters of lower economic growth, the dream to achieve a USD 5 trillion economy by 2024 will take a Herculean effort.

Need for focussed efforts between policymakers and stakeholders

The Government, facing challenges on domestic and international fronts, is well-aware of gravity of the task on hands, and has called for focused efforts between policymakers and stakeholders to achieve its target. The efforts are required to resist slump of the core sectors of the economy, boost consumption and fillip investments.

Key focus areas of the Budget

While Budget 2020 gives the opportunity to prepare a roadmap for the ambitious USD 5 trillion economy, to do so, one of the key focus areas should be to revive the auto sector. The sector that contributed 7.5% to the country’s GDP in 2018-19 had a forgettable 2019.

Car sales in the country plummeted by a whopping 19% last year as per the Society of Indian Automobile Manufacturers (SIAM), with sales expected to remain flat in the current fiscal on the back of weak demand and implementation of tighter emission norms, pushing up prices.

The slump in the sector has been a topic of much debate, and Budget 2020 should come up with measures that address this issue. An impetus to the auto sector, on similar lines like the real estate sector, will go a long way in bringing back the much-needed confidence of buyers and manufacturers, lifting the sagging economy in the process.

It’s noteworthy that the Government set up a Rs. 25,000 crore alternative investment fund (AIF) last year for the struggling real estate sector and ensure timely delivery of homes to buyers.

Another key area of focus in the upcoming budget would be tackling the credit crisis faced, particularly by non-banking financial companies (NBFCs). Post the IL&FS blowout in late 2018 coupled with credit rating downgrades created a liquidity crisis for the sector with fund managers facing massive redemption requests.

Given that NBFCs contribute to almost 20% of the total credit in India, the liquidity stress in the sector doesn’t augur well for the economy, particularly for small and mid-sized businesses (SMEs), who depend on these alternate lenders for procurement of funds. Hence, the Budget should not only address this major woo, but also make provisions for streamlining the flow of money in the sector.

Another key area of focus would be to plug the loopholes in Goods and Services Tax (GST). Ever since its rollout from 1st July 2017, GST has been under the scanner with the GST Council coming up with many changes to ensure that it strikes chord with everyone. However, GST collections have remained muted over several months, putting pressure on the Government exchequer.

It’s highly unlikely for GST collections to improve in the next few months and in the coming fiscal. According to estimates, the Government may fall short of Rs. 50,000 crore in its GST collection from its target in this fiscal. Even after several amendments, GST compliance still remains a challenge for businesses and therefore, the FM needs to come up with solutions that make GST compliance easy and simplified.

A simplified GST, with a cut in GST across all rates, would be a win-win situation for both the parties. Not only will it allow more businesses to file their GST returns with ease, but also ensure the coffers of the Government are filled with the desired amount.

Areas of focus for the common man

For the common man, the first focus after any Budget is the income tax rate slabs and this will be no different. There are anticipations that following the cut in corporate tax, income tax slabs could see a major rejig.

The Akhilesh Ranjan taskforce set up to come up with suggestions on overhauling the personal Income Tax has submitted its report on the new Direct Taxes Code to the Government, which is yet to be made public. If news reports are to be believed then sweeping changes have been proposed, with the major change being the widening of the tax slabs.

To boost consumption, there could be a cut in income tax rates. However, in case people don’t spend the extra money, the same can affect the Government’s spending capacity, halting many projects and schemes in the process.

It must be noted that though the cut in corporate tax from 30% to 22% saw a jump in companies’ profits by 11% in the June-September 2019 quarter, the extra money is yet to find its way on ground. Thus, the FM has a fine balancing act to pull off where if taxes are deducted, provisions should be made to ensure that the same doesn’t overburden the Government’s exchequer.

While challenges galore, the Union Budget 2020 gives the opportunity for the Government to announce measures to revive demand in a faltering economy. It’s imperative to come out with the strong fiscal measures that can pay dividends in the future and consolidate the country’s economic growth in the days to come.

Mr. Arun Arora, Centre Director, Phoenix Marketcity, Pune said ”India is reigning supreme as one of the youngest nations with the oldest heritage. We are a bag of diverse cultures and philosophies, but when it comes to the finances, we stand united in spending and savings. Hence, the expectations from this budget are a few significant receivables from the Hon'ble Finance Minister. It is felt that to give a boost to the economy, it is important to encourage consumption, it keeps the market high on liquidity and the money continues to roll. Having said that, it is imperative that the spending power of an individual (salaried) is enhanced, it is thus expected that the standard deduction limits be raised and taxable income slabs are modified to enable take home monthly salaries to go up. Similarly, micro families, double income no kids, having high disposable income, need more investment opportunities without having to worry on capital gain tax. I would also like to urge the Hon'ble FM to present stamp duty, registration and tax holiday to give the desired upliftment to the stressed real estate sector. It is going to go a long way!”

Mr. Saumil Majmudar, Co-Founder, CEO & MD, Sportz Village said “Sports has been an essential part of a child’s education and vital for the all-round development of children. While various government schemes constantly promote sports across schools and communities, GST rates for services that enable children to play and provide them holistic education are currently clubbed with luxury items and should undergo a much-needed revision. Moreover, in the current scenario, when there is a lack of safe play-spaces in many cities, schools are the only place where children have the opportunity to play. Therefore, tax breaks should be given to schools that give out their facilities to neighborhood communities for sports. These changes in the budget will help develop a healthier and fitter India.”
Read the full article
Tags: Head Managing Partner Edelweiss Rahul Jain Jithendra Vummidi Vummidi Bangaru Jewellers Vineet Arora – MD and CEO-Aegon Life Insurance Personal Wealth Advisory 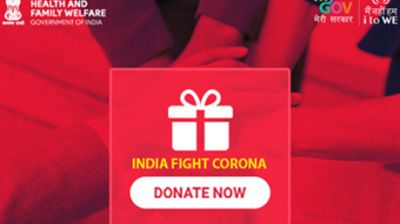 BHARAT Bond Exchange Traded Fund or ETF will invest in... 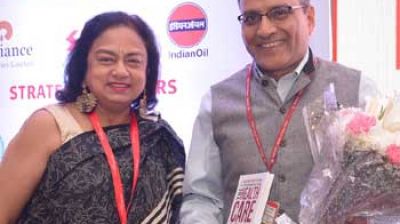 Let Asthma Not be a Road Block in your life