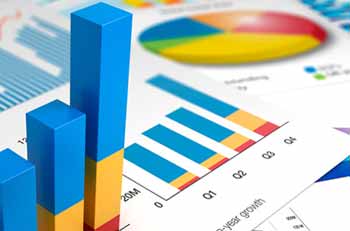 The report titled “Brazil Agrochemical Market Outlook to 2025 – By Type of Pesticides (Herbicides, Insecticides, Fungicides and others), By Generic and Patented, By Form of Pesticides (Liquid, Granules and Powder), By Market Structure (Organized and Unorganized Sector), By Type of Crops (Cereal Crops, Fruit Crops and Vegetable Crops), By Region (Mato Grosso, Parana, Sao Paulo, Rio Grande do Sul and Others)” provides a comprehensive analysis of the Agrochemical market in Brazil. The report also covers the overview and genesis, market size in terms of revenues from formulants and technical’s, trends and developments, issues and challenges and government regulations in Brazil regarding agrochemicals. The report provides value chain and SWOT analysis, buying decision parameters, competitive scenario and company profiles. The report concludes with market projection and analyst recommendations highlighting the major opportunities and cautions.

Brazil is the largest agrochemicals consumer in South America accompanying 40-50% of total consumption. Brazil Agrochemical market is dominated by imports. With few technical’s being manufactured in Brazil, the country has been majorly dependent on several countries such as US, India and China for the procurement of technical which are used in crop protection. Brazil Agrochemical Market in terms of sales volume increased at a single digit CAGR over the review period 2013-2019P. In 2015, the Brazilian market declined considerably due to inventories from 2014, as well as a strong exchange rate fluctuation and a reduction in the availability of credit, causing the market to remain flat until 2017. The agrochemical business in the country has been significantly growing since 2017 owing to the rising population, increase in producer prices, rise in farming income and increasing awareness of agrochemicals among farmers and producers. The presence of global players in the market has ensured that Brazil has access to quality products and innovations in the agrochemical industry. However, agrochemicals induced health and environmental concerns might create risk for market growth.

By Types of Pesticides: Herbicides are a preferred choice of farmers in Brazil to control weed and attain optimum crop production. Therefore, rise in wheat, soy, and cereals production is forcing the adoption of herbicides among the consumers. The increase in adoption of glyphosate in Brazil due to rise in adoption of glyphosate-resistant soybeans is one of the major growth driver. Fungicides are stated to increase in the future as it is used as integration with Bio pesticides. Insecticides along with Seed Treatments and Miticides also have a significant contribution owing to increasing number of pests and insects affecting crop production. The demand for biopesticides and biocompatible products to control pests, diseases and weeds has been increasing in Brazil in recent years, with increases in concern about the environment and contamination of food with synthetic chemical pesticides. The Brazilian biopesticide is estimated to record a CAGR of 14.1% during 2019(P)-2025F (forecast period).

By Types of Herbicides: Herbicides which are largely used in Brazil are Glyphosate, 2.4-D, Atrazine, Paraquat and others.

By Types of Fungicides: Fungicides which are largely used in Brazil includes Mancozeb, Prothioconazol, Elatus and others.

By Types of Insecticides: Insecticides which are largely used in Brazil are Pyrethroids, Lambda-cyhalothrin, Chlorpyrifos, Acephate and others.

By Type of Product: In Brazil, the share of generic market has been increasing over the years owing to the depreciation of currency in the Brazilian market forcing the farmers to switch to relatively cheaper products. In the herbicide market, glyphosate plays a major role in generic products. In the fungicide market, patented products account for four-fifth of the market, which provides great opportunities for the future. Similarly, in the seed coating market, patented products have a larger proportion, which also provides great potential for generic products with the expiration of more and more patented products.

By Type of Market: The share of the organized market is higher owing to robust government regulations and number of checks performed at every stage. As the farmers prefer pesticides which authorized by the government of Brazil, companies go through the regulatory process in order to sell the agrochemical products in the country.

By Types of Crops: Cereal crops has contributed the most in the overall agrochemical market revenues in 2019(P), with soybean grown the most. The maximum demand for agrochemical products are from cereal crops. The major pesticides used in cereal crops are Glyphosate, 2.4D, and Atrazine. In case of Fruit crops both herbicides and insecticides are used for crop protection. Major crops such as Coffee, citrus and apples, account for nearly half of the production of fruits. The pesticides are effective in combating against pests and increase the yield of the fruits. Vegetable crops are mostly root crops, absorbs most of the pesticides that is sprayed on them.

By Region: Mato Grosso and Parana are the cities with the largest arable land contributing highest revenue share whereas the remaining share were captured by other areas such as Sao Paulo and Rio Grande do Sul.

Brazil Agrochemical market is moderately concentrated with the leading 8 players collectively capturing more than 80.0% of the total market share in terms of revenue in the year 2019(P). The global players with their recent mergers or acquisitions have consolidated their position in the global level with a view to increase their market share further. Major players operating in the industry are Sygenta, Bayer, Corteva, BASF, FMC, UPL, Nufarm and Iharabras.

The future prospects of the agrochemicals market in Brazil is expected to grow at a CAGR of 4.9% during the period 2019(P)-2025F. Rising demand to improve crop yields, the emergence of plant health as a distinct market segment and increasing demand for biologically based new products are expected to drive the demand for agrochemicals in the future.