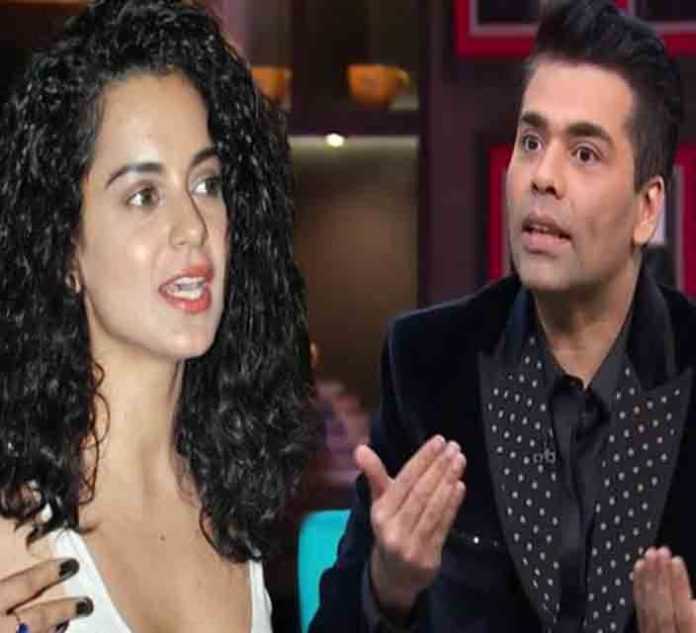 Kangana Ranaut remains in the discussion for some reason or the other. Actress Kangana Ranaut keeps her opinion openly on almost every issue. Due to this outspokenness, she often becomes a victim of criticism. But despite this, she keeps on giving her feedback on every subject without being frank. For the past few days, actress Kangana has been continuously targeting the film Brahmastra.

In fact, in the past, there were reports that Brahmastra has left behind Vivek Agnihotri’s film The Kashmir Files in the worldwide collection. But the director of the film Vivek Agnihotri had already rubbished these reports. At the same time, now the actress has given her reaction on this. Sharing some screenshots on her Instagram, the actress not only dismissed these reports, but also took a jibe at Karan Johar.

Comparing the collections of Race 3 and Brahmastra, the actress wrote, “Race 3 was made on a budget of 180 crores and made 300 crores worldwide. As Brahmastra took 600 crores across the South and North stars in 12 years Done with a budget of crores. But Karan Johar ji has got used to the privilege, so he invented a special model for himself.”

At the same time, the actress shared another report, in which the figures of Brahmastra are being told less. Sharing the screenshot, Kangana wrote, “Karan Johar ji is so busy planning Brahmastra’s success party and shooting for Brahmastra part 2 that he forgot to send the money and it has exposed all. This is called comedy off. error.” Kangana further wrote that the film Kashmir Files on Kashmiri Pandits was made with a budget of 10 crores and Karan Johar ji is talking about leaving it behind by comparing his film with it. Karan Johar ji, what are you guys?