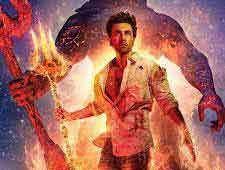 Even after boycott brahmastra, brahmastra broke many box office records

For information, let us tell you that this film has collected around Rs 78.50 crore in just 2 days across the country. There are reports of good collection of this film not only at the Indian box office but also in the overseas market.

Apart from this, the film, which released on 31 screens in New Zealand, has earned around Rs 39.17 lakh in two days. At the New Zealand box office, the film has seen an increase of 42.16% on the second day as compared to the first day.

Make it clear to you that if the film is made well then no boycott gang can stop the film from becoming a super hit. PLC/GT