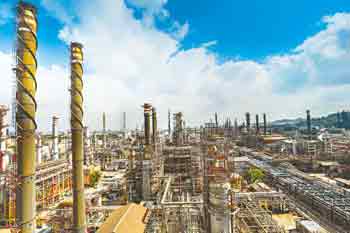 ~Shri. Tarun Kapoor, Secretary, Ministry of Petroleum and Natural Gas, Government of India attended the ceremony as the keynote speaker at the event~

The Awards honours the efforts of PSUs that have been key to the country’s growth. The winners are decided based on the decision of the high-powered Jury, which evaluated the scores & judged the winner in each of the awards categories.

On the win, Mr. Abbas Akhtar CGM (PR & Brand), Bharat Petroleum commented, “We are honoured to be awarded by the PSU Awards for our work. Being recognised and valued by an esteemed panel of jury and competing with other nominees has been exhilarating. We are delighted by this win and aim to continue our work in the direction of success with grit and passion.”

The jury board comprised of personnel from PRSI and external universe to gauge and applaud the work done by various companies in the 36 categories. PRSI recognises and honours the work done by companies and awards them to motivate and reinforce the culture of achieving excellence and quality to all the stakeholders.

The details of the awards received by BPCL are:

During the pandemic last year, BPCL synchronised social, digital and print media to create brand image of the company as the major value contributor for individuals and society, positioning itself as a ‘Friend in Need’ during the pandemic pandemonium in the year, true to their tagline, Energising Lives of the Nation

This award is to acknowledge various initiatives taken by BPCL for the adoption of right mix of Digital & IT technologies for meeting various business requirements and deployment of collaborative solutions during Covid-19 period. This also acknowledges special efforts taken by backend IT team members (Data Center, Network, Security, SystemAdmin, Software Development, IS Functional & Support teams) who ensured 24×7 uptime for IT Applications/Infrastructure and delivery of time critical GOI initiatives such as implementation of PMGKY (Pradhan Mantri Garib Kalyan Yojana) schemes.

The award is to acknowledge the various initiatives taken in the domain of Cyber Security, which improved the cyber resilience, enhanced security posture of BPCL and helped protect Brand image of BPCL. They also acknowledged the special efforts taken during COVID 19 pandemic to enable remote access maintaining cyber security at the core, to ensure all security related services up and running 24*7, and how user awareness was done to safeguard from the COVID phishing efforts.

Aster Guardians Global Nursing Award 2023 worth US $250,000 is now open for nominations from nurses worldwide

Nominations open for various awards of Government of India