Home Business Bodo Agreement stands out for many reasons 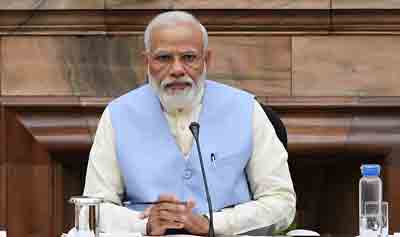 Prime Minister Shri Narendra Modi shall be visiting Kokrajhar in Assam to participate in the celebrations of the signing of the Bodo Agreement, on the 7th of February 2020.

More than 4,00,000 people from the BTAD districts and all over Assam are expected to attend the programme. A Cultural programme of ethnic groups of Assam is being organised by the State Government, to showcase the diversity of the state.

Prime Minister Shri Narendra Modi shall address the gathering to hail the historic Bodo Agreement signed in January this year, by including the leading stakeholders under one framework.

The agreement was signed in New Delhi on the 27th of January 2020.

In a tweet from his personal handle Prime Minister termed the day as “a very special day for India” and that the accord, “will lead to a transformative results for Bodo People, ushering in a new dawn of peace, harmony & togetherness”.

The agreement is in accordance with the Prime Minister’s vision of “SabkaSaathSabkaVikas” and commitment towards a holistic development of the North-East, ending a five decade old Bodo crisis.

Prime Minister, in his tweet said, “Bodo Agreement stands out for many reasons. Those who were previously associated with armed resistance groups will now be entering the mainstream and contributing to our nation’s progress.”

Accordingly, over 1615 cadres of different factions of the NDFB have surrendered their arms and joined the mainstream within two days of the signing of the agreement.

“The Accord with Bodo groups will further protect and popularise the unique culture of the Bodo people. They will get access to a wide range of development oriented initiatives. We are committed to doing everything possible to help the Bodo people realise their aspirations”, the Prime Minister said in his tweet.

A special package of Rs 1500 Crore is earmarked for the development of the region.

The recent signing of the Bru-Reang Agreement signed by the Government of India and Governments of Mizoram, Tripura, to provide relief and succour to over 35,000 Bru-Reang Refugees and the surrendering of over 85 Cadres of the NLFT in Tripura stand testimony to the continued commitment and vision of the Prime Minister for the overall development and peace of the North-East.

In his interaction with the Nation through the “Mann Ki Baat” programme  on the Republic Day, the Prime Minister gave a clarion call to all those on the path of violence to return to the mainstream and lay down arms.

“On the solemn occasion of Republic day, I would appeal to anyone in any part of the country, who’s still seeking solutions to problems through violence and weapons, to return to the mainstream. They should have faith in their own capabilities and the capabilities of this country to resolve issues peacefully”, he said.

After the inauguration of Mahakal Lok on October 11, Prime Minister Modi will come to Indore by road