INVC NEWS New Delhi, The Union Finance Minister Shri Arun Jaitley exhorted the senior officers of the Income Tax Department to be prompt in redressing the grievances of the tax payers, expand the tax base in a non-intrusive manner even as they strive to achieve the revenue generation targets. He said that the honest tax payers should not be afraid of the Black Money Bill recently passed by the Parliament as it is targeted against those who have stalked their illegal assets abroad. He said that parallel economy has to be squeezed in a free and transparent manner. The Finance Minister Shri Jaitley was delivering the Key Note Address after inaugurating the Thirty First Annual Conference of Principal Chief Commissioners, Principal Director Generals, Chief Commissioners and Director Generals of Income Tax here today. The Minister of State for Finance Shri Jayant Sinha, senior officials of the Revenue Department including Shri Shakti Kanta Das, Revenue Secretary, Ms Anita Kapur, Chairperson, Central Board of Direct Taxes (CBDT) and Members, CBDT and senior officers of the Ministry of Finance and Income Tax Department are attending the two day conference. The Finance Minister Shri Arun Jaitley also spelt-out his vision of an internationally competitive tax regime with a stable policy and a non-adversarial tax administration. He said that we have to bring the tax rate at global level while at the same time remove the exemptions. He acknowledged that the task of the tax Department is unenviable and it is often upbraided even for performing its duties. He complimented the Department for receiving the Prime Minister’s Award for Public Administration for “Easy Tax Compliance through Quality Service”. He said that the policy of the Government is that nobody should be harassed and the evaders should not succeed. He said that revenue is needed to meet the expenditure requirements of infrastructure and social sector among others. He said that expenditure also helps in achieving the higher economic growth. Earlier, Ms Anita Kapur, Chairperson, CBDT welcomed the participants. In her welcome address, she emphasized that the focus of the Department is the taxpayer who is the key stake holder. She reiterated the Department’s commitment to provide a fair, transparent, consistent, responsive and supportive tax regime. Speaking of the Department’s resolve to address taxpayer grievances, she said “Even a single tear matters”. After the welcome address, she presented an analysis of revenues generated and spoke of the steps to be taken to augment revenue collection. The Minister of State Finance released the Seventh Volume of the Departmental publication “Let us Share’’. In his address, he dwelt upon the low tax to GDP ratio in the country and the need of radical ideas to enhance revenues for provision of public goods. He stated that the focus of the Department should be on compliance, collaboration within Department and with outside agencies, competencies through knowledge management and international best practices, and convenience for the tax payers. He expressed the hope that the officers of the Department will brainstorm to come-up with radical ideas to double the tax-GDP ratio. Shri Shakti Kanta Das, Revenue Secretary said that the officers of the Income Tax Department have to make their best efforts to achieve the Direct tax revenue targets fixed for 2015-16 which are both realistic and achievable.

There have been a number of requests to defer the...

Many refunds are pending 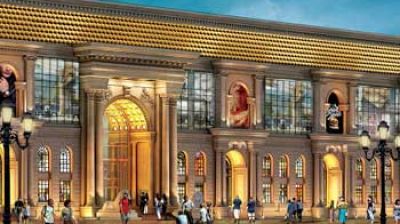 Omaxe Chandni Chowk will be a Milestone for City 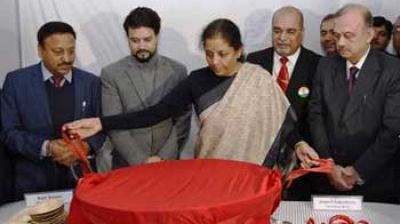