BJP ruled Union Govt. had created a situation of undeclared emergency in the Country : Mukesh Agnihotri

INVC NEWS Shimla, The State level sensitization workshop on role of media in disaster management organized under the SAMARTH-2015 Campaign by Himachal Pradesh Disaster Management Authority (HPDMA) and Disaster Management Cell, Revenue Department here today. Principal Secretary, Industries, Labour and Employment, Food, Civil Supplies and Consumer Affairs ,R.D. Dhiman in his inaugural address said that media had important role in covering disaster events, recovery and mitigation initiatives and establishing effective inter face between disaster management agencies and communities at risk. The media  needs to be enrolled as a contributing sector in awareness raising education and opinion building in order to increase recognition of the potential of disaster reduction to save human lives and protect property. He said efforts were being made for initiating a dialogue among various stakeholders on issues related to the role of media during disaster events. He also stressed the need on role of government agencies, civil society and other organizations in informing the media and clarifying various issues that come to the centre stage during, before and after disasters. Shri Dhiman said that media in India was free, strong and powerful which could play an important role in helping the people in rescue and relief operations during any calamity. He said that some time sensationalizing the incident in the media could create panic resulting rumours among masses which therefore could delay the rescue operations, therefore a self regulation has to be adhered to with great caution. Special Secretary, Revenue and Disaster Management Shri Dev Dutt Sharma detailed out various activities being undertaken by the HPDMA in the State. He said that a series of special events and activities would be organized from 1-13 October, 2015 throughout the State to sensitize people about the disaster management. He said that timely communication about impending disaster could lead to appropriate individual and community action, which was key to implementing effective prevention strategies including evacuation and survival of people. Reliable and timely information provided through the media could help people overcome any kind of fear and danger during and after an emergency, he added. Director, Information and Public Relations, Dr. M.P. Sood said that it was the social responsibility of any person to prepare himself for disaster management. He said that little preparations could reduce the risk of disaster whether it was man made or natural. He said preparation became more important in the State as Himachal Pradesh falls in earthquake prone area zone 5. He said media should be sensitive to the needs of the public in affected areas and should avoid misinforming and broadcasting unconfirmed reports that may lead to despair and panic. He said correct and reliable information disseminated through the media was an important instrument for balancing the possible effects of incorrect, misleading or even willfully distorted information. He said that it was important to blend the modern knowledge of technology with traditional ways so that public could be  made aware about the possible disaster. He also stressed upon the practical preparation and said that awareness could be done through folk media or local dialects in tribal and far flung areas which were important medium for percolating information upto the grass root level. Prof. Shivaji Sarkar from Indian Institute of Mass Communication presented a power point presentation on ‘Role of Media in Public Safety and Emergency Management’. He also briefed out ethical issues in media reporting besides recommendations that can sustain media interests before and after disasters. Prof. J. Jethwaney from Indian Institute of Mass Communication gave her expert opinion on measures to bridge gap between disaster managers and media officials before, during and post disaster. An interactive session was also held on the occasion in which journalists gave their valuable inputs for tackling the disasters. 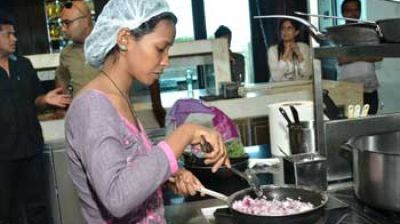 Adding Flavour to the Recipe of Life – The Story... 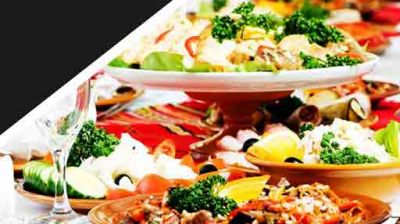