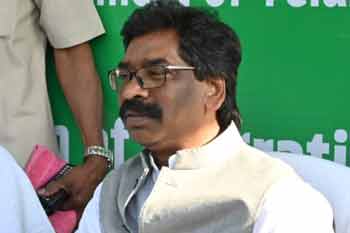 Jharkhand Chief Minister Hemant Soren moved the confidence motion in the assembly. In the assembly, Soren said, “The opposition has destroyed democracy. BJP talks about buying MLAs. Today we will show our strength in the House. BJP’s Neelkanth Munda retorted saying, “People of Jharkhand believe. That the government is in fear. Neither the opposition, the judiciary or the governor has sought a trust vote, then why this fear? The resolution shows that the government does not have faith in its MLAs.

Hemant Soren has moved the motion of trust vote in the assembly. During this he said that we have called this session to save democracy. Soren said, BJP people do horse-trading of MLAs every day in the country. People buy goods, but BJP deals with MLAs. BJP works to destabilize our government.

The opinion shared with Bais recommended the disqualification of Soren as an MLA under the Representation of the People Act, 1951. However, the governor is yet to give official notice of his order on the issue. PLC/GT

Retirement age of government employees can be 63 years