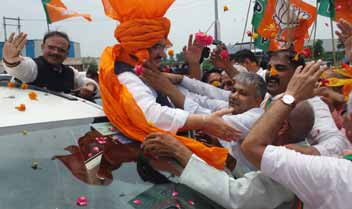 The BJP is now fully engaged in the ‘Mission Election’. BJP National President JP Nadda held several meetings one after the other in a hurried manner and directed the party organization to fully engage in the election mission.

In the meeting, measures were discussed to strengthen the organization and increase the support base in all the states, especially in the electoral states, and along with this, the strategy for the promotion of the achievements of the central government was discussed.

Government ministers and some party leaders were given the special responsibility of migration for these seats. PLC/GT