BIS Act is being amended comprehensively for the first ever after it being enacted in the year 1986 : Ram Vilas Paswan

INVC NEWS New Delhi, Under the “Swachh Bharat Abhiyan” BIS is developing standards for “solid waste management” and promoting the use of available Indian Standards on street food and public supply of potable drinking water. These standards will be made mandatory in phased manner. The Ministry Of Consumer Affairs, Food & Public Distribution Ministry has also drawn up nine points action to further strengthen Public distribution System. This was stated by the Union Consumer Affairs, Food and Public Distribution Minister, Sri Ram Vilas Paswan after the Second meeting of the Parliamentary Consultative Committee attached to his Ministry in Guwahati today. Shri Paswan said that keeping in mind the new government’s priority to give special focus on the North Eastern Region. Meeting on both the days were chaired by the Union Consumer Affairs, Food and Public Distribution Minister, Sri Ram Vilas Paswan and attended by Members of Parliament, members of the committee and senior officials of the Ministry, Beaura of Indian Standers (BIS) and Food Corporation of India (FCI). North Eastern Region has been accorded high priority by the Government. In the two days meetings amendments to the BIS Act, strengthening and improving Targeted Public Distribution System (TPDS), Ministry’s role in “Make in India” programme and “Swachh Bharat Abhiyan” was discussed. Chairing the meeting, the Minister said BIS Act is being amended comprehensively for the first ever after it being enacted in the year 1986. These amendments will empower the government to bring more products under mandatory certification. While simplifying the procedure for grant of new licences, the amendments provide for harsher penalties. Misuse of ISI mark is being made a cognizable offence. For the first time, provision is being made to make distributor and retailer liable for conformity to quality standards. Product liability and power to recall products and provision of compensation to consumers is also proposed. BIS is actively engaged in the “Make in India” campaign by formulating/updating standards in the identified sectors. In consultation with the Department of Industrial Policy & Promotion (DIPP), 46 products have already been identified for this purpose. BIS is also preparing for an aggressive media plan for promotion of its brand. It will facilitate the consumers for not only getting quality products but also save them from cheating and fraud. Initiatives for North East The Minister directed to strengthen BIS in the North-East. He stressed for time bound upgradation and augmentation of BIS testing lab in Guwahati. Direction was also given for exploring the possibility of utilising the existing facilities available with the NTH, IIT, Guwahati, University of Tezpur, Regional Research Lab Jorhat and Tea Research Institute, Jorhat. The Minister said that the testing facilities available in forest Research Institute to test ISI marked ply board should also be utilized. The Minister asserted that more and more youth in the NE Region should be given training for testing of various products. To ensure better compliance of standards, the Minister directed BIS to set up new laboratories in a phased manner. Apart from augmenting infrastructure in the testing labs at Guwahati and Patna, five new labs would be set up by March, 2016. Based on the requirements, 4 new labs may be set up every year afterwards, he said. Strengthening of TPDS The Union Minister for Consumer Affairs, Food and Public Distribution also discussed issues related to strengthening of Targeted Public Distribution System(TPDS). He apprised the Members of Parliament about steps being taken for making the TPDS more effective so that benefits reach the intended beneficiaries. He also apprised them of nine points action plan drawn by the Union Ministry of Consumer Affairs, Food and Public Distribution which inter alia includes “door-step delivery of foodgrains to Fair Price Shop (FPS)”, elimination of bogus ration cards, end to end computerization of supply chain and involvement of local bodies, self-help groups and cooperatives etc in running of fair price shops and distribution of foodgrains. The Minister said that the States have been requested to set up vigilance committees at district, block and FPS level with due representation of SCs/STs, women and local bodies to ensure transparency and proper functioning of TPDS. States have also being asked to host a toll free common number for grievance registration and a web portal for PDS. Regarding implementation of National Food Security Act (NFSA), the Minister said eleven states have implemented the Act. Remaining States have conveyed that identification of beneficiaries and other preparatory work is being completed for the implementation. The Minister said that the strengthening the TPDS in North East is a priority for the government. Allocation of foodgrains to Assam is being continued under TPDS as NFSA is yet to be implemented by the state. He clarified that no cut in state’s allocation has been made. He also expressed the hope that workers in Tea Estates will continue to get the subsidized foodgrains as the Assam Government has reportedly included them in the list of beneficiaries under NFSA. Participating in the discussion Hon’ble Members of Parliament gave a number of suggestions for improving the functioning of BIS and TPDS. They suggested that grievance redressal under TPDS should be strengthened and Panchayats and other local bodies should be given important role in it. They also stressed on the need for proper storage facilities to avoid any damage to foodgrains. The discussions were attended by Hon’ble MPs Shri Ramesh Chandra Kaushik, Shri Balbhadra Majhi, Shri Ram Prasad Sharma, Shri Bhupendra Singh. Apart from the above, a review of the ongoing broad gauge conversion on Lumding-Badarpur section of Railways was done with senior officials of Railways and State Government. This project is very important for ensuring smooth supply of foodgrains to North Eastern States.
Read the full article
Tags: Food Corporation of India FCI bis Ram Vilas Paswan Swachh Bharat Abhiyan BIS Act is being amended comprehensively for the first ever after it being enacted in the year 1986 : Ram Vilas Paswan Beaura of Indian Standers 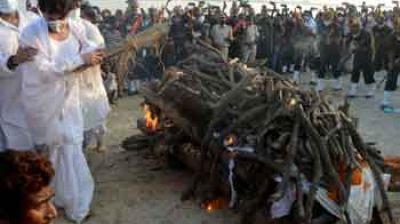 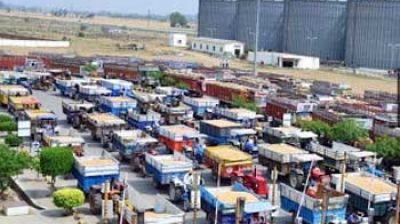