Home Health Billionaire Bill Gates has been infected with Corona 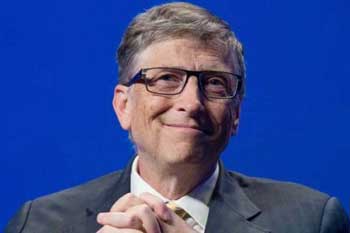 Bill Gates, the co-founder of Microsoft and one of the world’s richest people, has been infected with Corona. He himself gave this information through a tweet. Gates has given information about getting corona infected, getting vaccination and his foundation in the tweet. Bill Gates tweeted my Kovid test report has come positive. I am currently feeling mild symptoms. Will be in isolation for a few days, until he becomes completely healthy. I am following the advice of doctors.

He tweeted, I am lucky that I had got the corona vaccine and also took its booster dose. We have good facilities for corona testing and medical help. Gates said in another tweet that the Gates Foundation teams are gathering together for the first time in two years today and I am fortunate to have the opportunity to see everyone and thank them for their hard work.
We will continue to work with our partners and do everything we can to ensure that none of us have to deal with the pandemic again, he added.

The Bill & Melinda Gates Foundation is one of the most influential private foundations in the world, with a net worth of approximately $65 billion. Bill Gates has been a supporter of the steps being taken to stop the epidemic. Especially in poor countries, they are working to make vaccines and medicines available to the people. The Gates Foundation announced in October that it would spend $120 million to bring a generic version of drugmaker Merck’s antiviral COVID-19 pill to low-income countries. PLC&GT