Home Other Indian State News Big action of NIA in 4 cities of Gujarat including 5 other... 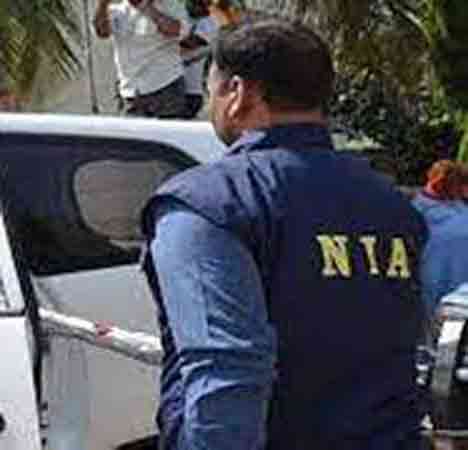 Big action of NIA in 4 cities of Gujarat including 5 other states
The National Investigation Agency (NIA) has taken major action in six states including Gujarat on Sunday in the case related to the activities of the terrorist organization ISIS. Under this proceedings, many people have been detained along with confiscating many objectionable documents and materials.

Apart from Gujarat, the 6 states where the NIA has taken action today include Uttar Pradesh, Madhya Pradesh, Bihar, Karnataka and Maharashtra. NIA has conducted raids in Ahmedabad, Surat, Bharuch and Navsari districts of Gujarat today. According to the information, NIA and Gujarat ATS have started investigation in Nandan Society of Shahpur area of Ahmedabad.

This investigation is being done due to the possibility that the ISIS module is active. The investigating agency is interrogating a person named Imdadullah Sattar Sheikh in custody. At the same time, NIA is also investigating in Surat in South Gujarat. A person from Surat’s Bhagatalab area is being detained and interrogated. Although official information is not available,

But the NIA and Gujarat ATS suspect that the person has evidence of activities done in the past. At the same time, Maulana Amin and his father have been interrogated at Amod in Bharuch district. The agency is investigating on the basis of international call tracing. NIA has also found many documents in the raid. NIA has taken action in Navsari, another district of South Gujarat.

Four students studying in a madrasa of Dabhel village in Navsari district are reported to have been detained by the NIA. Based on the messages made on social media, information is being received that the NIA, ATS and Central IB have taken this action. The places where the NIA has conducted raids have come to the fore with links to terrorist activities.