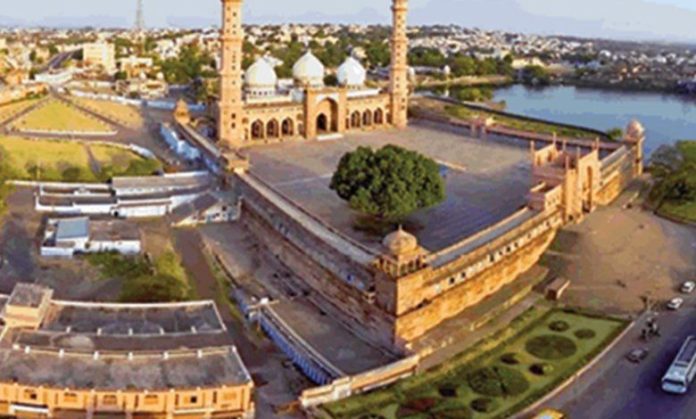 The controversy over the Gyanvapi mosque in Varanasi, UP, has started reaching other states as well. In the capital Bhopal, an organization named Sanskriti Bachao Manch has started a demand for an archaeological survey of Jama Masjid located in the old city square. Manch President Chandrashekhar Tiwari has made a demand to this effect from Chief Minister Shivraj Singh Chouhan and Home Minister Narottam Mishra. Tiwari said that Bhopal’s Jama Masjid is based on the Bagh system like Delhi’s Jama Masjid. The history of the mosque is old.

Sultan Jahan Begum, the eighth ruler of Bhopal princely state, has mentioned in her book Hayate Qudsi that earlier it was known from the old temple of Hindus. The demand for conducting an archaeological survey of the temple has been made to the Chief Minister and the Home Minister. Will also file a petition in court. Chandrashekhar Tiwari claims that Jama Masjid has been celebrated by breaking the temple. If the Archaeological Department does a survey, then everything will become milk of milk and water of water. Just as the Shivling of Lord Shiva has been found in the Gyanvapi Mosque of Uttar Pradesh.

Similarly, idols will be found in the Jama Masjid of Chowk Bazaar in the old city. Jama Masjid was built in 1857. The mosque was built by demolishing the old temple. At that time its cost came to five lakh rupees. Built on a nine-meter square high place, there are hoorays on the four corners of this mosque. It has entrances from three directions. There is a courtyard inside. Between the eastern and northern gates, the cistern is based on pillars. The structure of the pillars is such that the building itself is divided into two parallel parts, the five-storey building has minarets.

Chandrashekhar Tiwari says that he has seen Jama Masjid. Remains of the temple are found. If the officials and employees of the archeology do the survey, then there is a hundred percent chance that along with the idol of Lord Shiva in the mosque, such relics will come out, which will give evidence of being a temple. The government should hand over the mosque to the Hindu society after conducting a survey. PLC&GT

Amarnath Yatra 2022 : Two 50 Bedded Hospitals to be setup as indoor facility at the Baltal and Chandanwari with the help of...

Know why one should not sit with feet towards God, Guru, Agni etc.