China is under attack of the Novel Corona virus Pneumonia (NCP). As the Chinese government and people are battling this epidemic, governments and people around the world have expressed their sympathies and support to China. Many countries have extended help by providing China with a large number of materials for epidemic prevention. However, some individuals in some countries maliciously referred to the virus as "Wuhan virus" and "China virus" on social media. A mainstream American media publication, even published an articleunder the headline "China Is the Real Sick Man of Asia" on the 3rd of this month. In addition to the derogatory reference to China as "the sick man of Asia", the article also shorts China's economic outlook. Some senior U.S. officials even claimed that the outbreak in China would help bring jobsback to America.

The history of human development is a history of constant battle with various diseases. Infectious diseases have caused massive human death in history. In ancient society, due to backward transportation and communications, people moved around in a limited area, thus restricting the geographical scope of infection. For example, the Black Death that occurred in Europe in the fourteenth century caused more than 25 million deaths, wiping out almost a third of the European population at that time. When that happened, Asia, Africa, and the Americas outside Europe, let alone be infected, did not even know that such a severe epidemic had ever occurred.

With the development of science and technology, as well as new means of transportation such as steam engines, comes the global mobility of human beings. The emergence of airplanes, in particular, enabled people to travel from the Eastern Hemisphere to the Western Hemisphere and from the Southern Hemisphere to the Northern Hemisphere within half a day. While enjoying convenience, people had to bear the concurrent negative influences, such as the rapid spread of infectious diseases worldwide, which no country can cope with single-handedly. What is needed is the global governance through all nations in the world working together. The concept of "saving others is saving ourselves" is deeply rooted in people’s hearts, resulting in the formation of a community of shared destiny in public health. When a major natural disaster or severe epidemic hit a country, aids and help would flush in from all over the world. In the history, China sent medical teams to many countries in inadequate medical conditions to help them improve their level of health. China’s medical team has made outstanding contributions to the fight against Ebola in Africa. China is also an important contributorto the WHO funding, fulfilling its responsibility as a major country for international health cooperation and human health improvement.

Infectious diseases are often transmitted all over the world. In many cases, it is difficult to identify the original source. Anyone, regardless of race, may fall victim to the infection. Therefore, it is not fair to equate any infectious disease with a specific country or race. Any attempt to name the naturally occurring viruses after the name of a country or city will only encounter protest. The Ebola virus was not called the "African virus".The flu that infected tens of millions of Americansand killed tens of thousands of them was not calledthe "American flu" either. Nor has any foreign government or media called the United States "sick man", let alone blaming the American political system for its occurrence. Linking a virus with a specific country or city, or attacking the country that is combating with the epidemic, is not only a showcase of ignorance about the disease, which only brings shame to the human civilization, but it is alsoa racist discrimination and denial of the epidemic control effort of the country in question. It undermines the cooperation of international communityto fight against infectious diseases. People doing such deeds is the real "sick-minded man".

The American publication article described China as the real sick man of Asia, which has not only been condemned by the Chinese government and people, but has also been widely opposed and slammed by people with conscience around the world, including the United States. Catherine Ceniza Choy, a professor of ethnic studies at the University of California, Berkeley, criticized the American publication's article, saying that “this is extremely harmful and wrong” on the 8th, arguing that the consequences of publishing an opinion like this include stoking more fear and anxiety, and increasing hostility against Chinese and other Asians throughout the world. The White House website has received more than 100,000 signed petitions asking the American publication for an apology. Many people wrote directly to accuse the author of the article, Walter Russell Mead. But Mead shirkedthe responsibility, saying that the title of the article was drawn up by the newspaper editor. Therefore, he had nothing to do with it. It is clear that Mead has already recognizedthe offensive nature of hispiece to China and the human civilization.

The Chinese government and people do not need to overly worry about those individuals or views attacking China, nor shall they be distracted. As the proverb goes, there are all kinds of fish in the sea,there are a handful of people with extreme ideologies in each and every country, vicious and arrogant people. But such people and views can never become the mainstream of any country or society. We can see that while the American publication published such an insulting article, more American-funded enterprises and American private charities provided China with a large amount of aid for epidemic prevention as quickly as they possibly can, and many Americans expressed sympathies and support to China; More than 20 countries including Japan, South Korea, Russia, Singapore and Pakistan, provided emergency materials toaid China. In Sri Lanka, the Prime Minister led the prayer of the whole island to invoke blessings for China, and the cabinet ministers joined in the donation. The Union of the Comoros, a tiny African nation, one of the least developed, has given China a symbolic gift of €100. It’s not a lot, but it means a lot. Governments of many countries and the WHOhave highly recognized the measures taken by the Chinese government to respond to the epidemic, and acknowledged the sacrifices and contributions made by China to prevent the epidemic from spreading globally. In the battle against the epidemic, China is not alone. 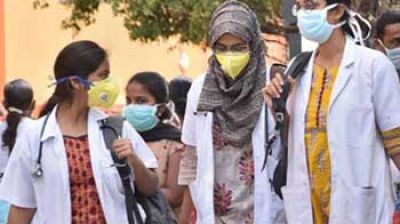