Home Business Banks play a major role in the prosperity of the country :... 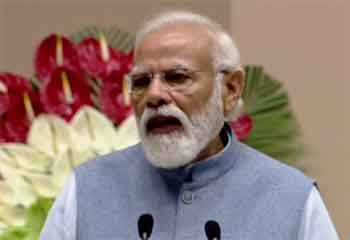 Prime Minister Shri Narendra Modi addressed a function on  “Depositors First: Guaranteed Time-bound Deposit Insurance Payment up to Rs. 5 Lakh” in New Delhi today. Union Finance Minister, MoS Finance and RBI Governor were among those present on the occasion. The Prime Minister also handed over cheques to some of the depositors. 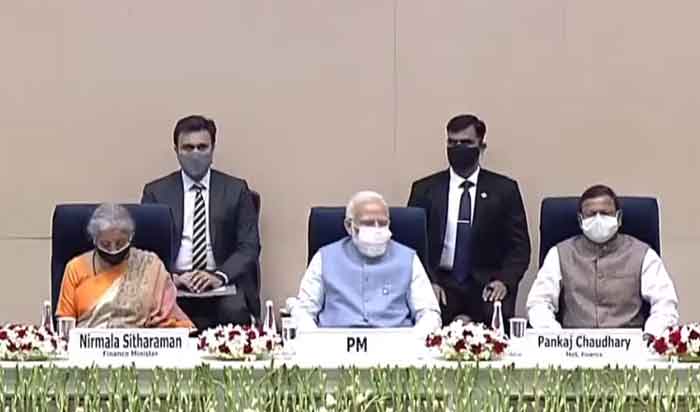 Addressing the gathering, the Prime Minister said today is a very important day for the banking sector and crores of bank account holders of the country as this day is witnessing how a big problem which was going on for decades has been solved. He stressed that the spirit of ‘Depositors First’  is very meaningful. In the last few days, more than one lakh depositors have got their money back that was stuck for years. This amount is more than Rs 1300 crore, Shri Modi said.

The Prime Minister said any country can save the problems from getting worse only by timely resolution of them. However, he said, for years there was a tendency to avoid problems. Today’s new India strives for solving problems, today India does not avoid problems.

The Prime Minister informed that in India, the system of insurance for bank depositors came into being in the 60s. Earlier, out of the amount deposited in the bank, only the amount up to 50 thousand rupees was guaranteed. Then it was raised to one lakh rupees.That is, if the bank sank, then the depositors had a provision to get only up to one lakh rupees. There was no time limit on when this money would be paid. “Understanding the concern of the poor, understanding the concern of the middle class, we increased this amount to Rs 5 lakh”, The Prime Minister said. Another problem was tackled by amending the law. “Earlier where there was no time limit for refund, now our government has made it mandatory within 90 days i.e. 3 months. That is, even in the event of a bank sinking, the depositors will get their money back within 90 days”, he said.

The Prime Minister noted that over the years, by merging many small public sector banks with large banks, their capacity, capability and transparency have been strengthened in every way. When RBI monitors co-operative banks, it increases the confidence of the common depositor in them. He said.

The Prime Minister said the problem was not only about the bank account, but also about the delivery of banking services to the remotest villages. Today, in almost every village of the country, the facility of a bank branch or a banking correspondent has reached within a radius of 5 km. He added that today, the common citizen of India is able to do even the smallest transactions digitally anytime, anywhere, 24 hours a day. The Prime Minister remarked that there are many such reforms that have helped India’s banking system run smoothly even in the biggest calamity in 100 years. “When even the developed countries of the world were struggling to provide help to their citizens, India provided direct help to almost every section of the country at a fast pace”, he added.

The Prime Minister said that measures taken in the last few years have taken the facilities like insurance, bank loans and financial empowerment to a large underserved segment of the poor, women, street vendors and small farmers. The Prime Minister said banking had not reached women of the country in any significant way earlier. He said this was taken as a priority by his government. Of the crores of bank accounts opened under Jan Dhan Yojana, more than half belong to women. “The effect these bank accounts have on the economic empowerment of women, we have also seen in the recent National Family Health Survey”, he said.

With deposit insurance coverage of Rs. 5 lakh per depositor per bank, the number of fully protected accounts at end of previous financial year constituted 98.1% of the total number of accounts, as against the international benchmark of 80%.

The first tranche of interim payments has been released by the Deposit Insurance and Credit Guarantee Corporation recently, against claims received from depositors of 16 Urban Cooperative Banks which are under restrictions by RBI. Payout of over Rs 1300 crore has been made to alternate bank accounts of over 1 lakh depositors against their claims.