INVC,, Bangalore,, The Bangalore based Hind High Vacuum Co. Pvt. Ltd. (HHV), announced that it has bagged a prestigious Russian order for export of a machine for re-coating the giant mirror of a telescope in the Caucasus mountain observatory of the Sternberg Astronomical Institute of the Moscow State University. This is a path breaking initiative by HHV, the flagship company of the HHV Group, a multi-technology group of companies involved in the design, development and manufacture of equipment and products in the field of Vacuum Technology, Solar Photovoltaic Energy and Thin Films. These days, when all one hears about is a cascade of Chinese products flooding into this country, it is a much-needed boost to the self-esteem of Indians to hear that an Indian company like HHV is exporting a very complex, high technology machine to an advanced nation like Russia. HHV has, in the last five decades, made its mark as a manufacturer of key equipment involving high vacuum for such demanding customers as ISRO, BARC, HAL and the like.  “Till recently, the ability to design and develop such complex coating equipment for large mirrors was limited to a few specialized companies in the advanced countries. HHV has now become a member of this select club by leveraging its expertise of designing and making vacuum-based equipment for depositing thin film coatings.” said Mr Nagarjun Sakhamuri, Managing Director, HHV. “HHV supplied its first machine for coating telescope mirrors in 2004 to the Indian Institute of Astrophysics for the Hanle observatory located in the Ladakh region of the Himalayas, at a height of 4570 meters above sea level. It is being used to coat the 2.1 metre diameter telescopic mirror of 1 tonne weight at the observatory.” Modern astronomical observatories which peer into deep space use advanced optical telescopes which have very large size mirrors with diameters of 2 metres and above. These mirrors are coated with a reflective thin film of aluminium or silver or an alloy of both. Over time, this film gets damaged and tarnished due to oxidation, dust, impact of charged particles from space etc. Therefore, these mirrors need to be routinely cleaned by removing the old coating and coating fresh with a new layer of reflective film. Since the observatories are usually located in remote , high altitude locations ,the coating has to be done on the spot using special machines as it is very difficult to transport the fragile mirrors a large distance to a convenient location.  This coating has to be done under high vacuum and very controlled conditions, so that the deposition is spotlessly clean, highly accurate and very uniform. In addition to that, the coating equipment needs to employ specially designed and complex systems for safely, yet very accurately, handling the heavy mirrors of large diameters.In 2006, HHV supplied a coater to the Inter University Centre for Astronomy and Astrophysics (IUCAA) for its telescopic mirror at Girawali near Ghodegaon on the Pune-Mumbai high way at an altitude of 1000 metres above sea level. The concave, 2.2 metre dia. mirror has a thickness of 200mm and weighs about 250 kgs.  In the first half of this year, HHV supplied a coating machine to the Aryabhatta Research Institute of Observational Sciences for its two new, state-of-the-art optical telescopes of 130-cm and 360-cm aperture at Devasthal, situated at an altitude of 2500 meters above Mean Sea Level, about 60 kms away from the town of Nainital in the lower Himalayas. It was a challenging assignment since the primary mirror of the bigger telescope has a large diameter ( 3.7 metres ) , a thin cross section ( only 12 cm thick ) and a large weight ( 4.5 tonnes ). To top it all, HHV has supplied the coater at half the price quoted by a European company which is one of the leading global vendors of such machines. “It is because of the successful execution of the above domestic projects that HHV could win its first international order for a telescope mirror coater from Russia despite facing stiff competition from more established manufacturers in West Europe. The machine is being despatched in December 2012” added Mr Nagarjun Sakhamuri. 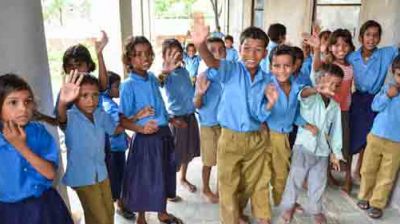 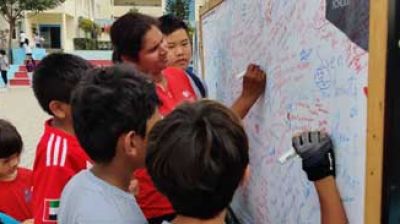 Epilepsy too can be treated