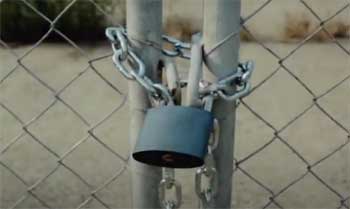 All the branches of the 160-year-old Hardayal Heritage Library located in Chandni Chowk have been locked. The library staff did not get the salary for about 17 months, so the angry employees have locked the library and they have gone on an indefinite strike. They say that they will not return to work until they get their salary.

Hardayal Municipal Public Library was established in 1862. It is the oldest library in Delhi. The library has more than 1.7 lakh books, letters and periodicals, of which 8,000 are rare manuscripts. Hundreds of big and small newspapers come here daily. Hundreds of people come here to study. Many researchers come here in search of knowledge. This library is open seven days a week. It has 35 separate branches, of which six are located in South Delhi and four in East Delhi. They get money from MCD to run them. But this is the first time it has been closed by its employees.

Naveen Panwar, an employee working in the library, told that when there were three corporations, being under the jurisdiction of the Northern Corporation, Mayor Raja Iqbal Singh had assured to get the grant money. Now the assurance is also being given by the MCD administration. Five days ago, an appeal was made to the Special Officer, Commissioner and Lieutenant Governor of MCD to get the grant money. Through the memorandum, he was told that if he did not get his salary, he would be forced to close the library. Now forcibly they have taken the step of locking the library. Due to non-payment of salary for 17 months, the financial condition of the employees has become. People do not even have the rent to come to the office. Yogesh Sharma said that he is working here for 33 years. The library has been closed for the first time. He expressed hope that MCD will release the money soon. PLC/GT

Special discussion is going on for the book Modi at 20: Dreams Meet Delivery