A new report on employment creation possibilities in India’s microenterprise sector was released today. The report is co-produced by Azim Premji University’s Centre for Sustainable Employment and the Global Alliance for Mass Entrepreneurship (GAME).


India is home to thousands of microenterprise clusters as well as millions of distributed entrepreneurs who can become job creators. Fostering of such mass-entrepreneurship is key to addressing India’s employment challenge. The aim of the report is to provide information and analysis that can assist policy-makers and the microentrepreneurial ecosystem at large to develop tools required to help this sector flourish. Co-author of the report, and Associate Professor of Economics at Azim Premji University, Amit Basole, said that there is tremendous potential for job creation in the sector given the right mix of policies that improve local infrastructure, build assets, and foster market linkages among microentrepreneurs. Co-author Vidya Chandy adds that “Indians are entrepreneurial at heart: the right opportunities are needed to harness that energy across the spectrum, and for this segment in particular.”

Ravi Venkatesan, Founder GAME notes: “Our partners are critical to our mission and this research partnership with APU, and the resulting insights, are a testament to that. For example, the study calls out the low productivity of women owned enterprises, deepening GAME's thinking on one of its core outcomes - enabling women entrepreneurship. As an enabler, GAME is committed to mainstream mass entrepreneurship as a job creator and we hope this report becomes a catalyst for further work: more research, targeted policies, and new programming."

Recognizing the importance of the sector, the government has been trying various models to foster the growth of the MSMEs via initiatives such as cluster development programmes, MUDRA, entrepreneurship and skill development programmes, Government e-marketplace (GeM), Scheme of Fund for Regeneration of Traditional Industries(SFURTI), and so on. The findings of the report underline the need for:

·         Identifying how locally-proven models have become successful at scale and what form of collaboration between central, state and local governments and other stakeholders have worked.

·         Addressing long-standing bottlenecks in access to finance and availability of local infrastructure.

·         Fostering job-creating entrepreneurship rather than subsistence livelihoods which requires finance at workable scale rather than micro-loans.

Main findings of the report:

1. The vast majority of microenterprises are tiny and run with less than three workers. Larger enterprises (job creators) have failed to increase their share in GVA and employment. A key policy focus should therefore be on increasing the scale of operation.

2. There is large variation in the capacity to create employment across industries. Industries that experienced good employment growth in rural India were apparel, tobacco, restaurants, and education. In urban India they were were health, education, tobacco, furniture, and sale of cars and motorcycles.

3. Health and education industries have been able to create productive and well-paying work opportunities in the microenterprise sector. Health also emerges as the most productive industry for urban women entrepreneurs with labour productivity of ₹20,751 per month (in 2015). If both health and education industries continue to grow as they have done, they will create roughly 2,60,000 employment opportunities every year just in the microenterprise sector alone.

4. The microenterprise sector has displayed good growth in labour productivity but wage levels are still very low. As of 2015, not a single industry among the large employers showed average monthly wages of even ₹10,000 per month, with the majority lying between six and eight thousand rupees.

5. Among the major states, Delhi (as a city-state) stands out with the highest level of productivity but Kerala, Himachal Pradesh, Gujarat, and Maharashtra have higher wages. Wage rates vary from a low of ₹4000 per month in Assam to ₹10,000 in Kerala.

workers, and 9 per cent of aggregate value-added in the non-farm microenterprise sector. Improving the asset position of women-owned enterprises should be another key policy focus.

8. Large gender gaps are observed in firm performance. In urban India, gross value-added per firm for female entrepreneurs was only 46 per cent of male-owned firms, labour productivity was 62 per cent and assets owned 40 per cent. The corresponding ratios for rural India are 35 per cent, 44 per cent and 43 per cent.

9. Specially with regard to women entrepreneurs, two core policy concerns are how to raise levels of female entrepreneurship in industries where women are under-represented and how to raise levels of assets and productivity in those industries in which women tend to be concentrated. The first is crucial to reduce the crowding of women into a few industries, particularly hazardous and unproductive ones such as tobacco.

10. The observed variation in employment generation, productivity rise, and wage growth across states and industries can be useful in identifying what has worked and what has not.

Global Alliance for Mass Entrepreneurship (GAME) is a multi-stakeholder partnership with the vision of catalysing a thriving environment for Mass Entrepreneurship (ME) in India, resulting in large-scale job creation. GAME’s theory of change is to supercharge the level of innovation, learning, advocacy and support for scale such that we crowd in public and private players, policy and funding to catalyse the creation of 10 million MEs by 2030 (half of them women), creating 50M jobs. GAME will operate as an alliance of ecosystem stakeholders engaging as taskforces, members and partners. GAME is a programme under Junior Achievement India Services (JAIS), a section 8 company.

The world of healthcare is getting transformed through use of... 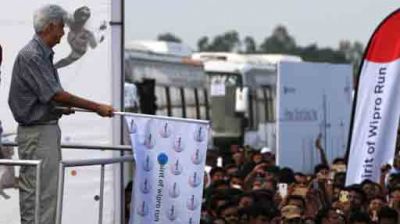 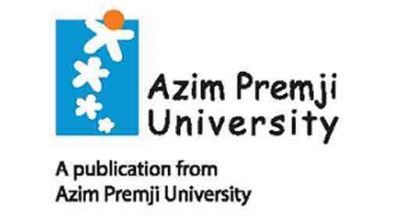