Home Other Enviroment Azadi ka Amrit Mahotsav is symbolic of an initiative to give back... 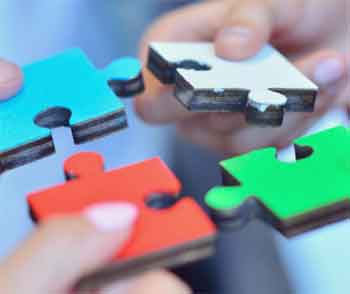 A 2-day International Conference Series on Vayu: The Vital Life Force, was inaugurated today by His Excellency, Prof. Ganeshi Lal,Hon’ble Governor of Odisha, and Union Minister of Environment, Forest & Climate Change, Shri Bhupender Yadav at Bhubaneswar, Odisha. As a part of the Azadi ka Amrit Mahotsav, the conference is one of a series of conferences, which intend to disseminate Indian thought across the globe vis-à-vis Panchmahabhoot, the five essential elements of creation.

Addressing the inaugural session, Hon’ble Governor said that Azadi ka Amrit Mahotsav is symbolic of an initiative to give back to the country and world at large, as the world has increasingly become individualistic. He further said that the conference aims to help individuals realize the connection that exists between the universe and humanity, as the universe is based on the spirit of cooperation and coexistence. The Governor noted that the element of Vayu cannot be separated from the other elements of the panchmahabhoot and it is essential to consider them together. He emphasized that the essence of this conference is inner awakening, and appreciated the efforts of the Central Government for protecting the environment.

Speaking on the occasion, Shri Yadav expressed his sincere gratitude to the Hon’ble Governor of Odisha for gracing the inaugural session. He appreciated the participation of students in the conference and said that it is important to understand the challenges posed by climate change and each one of us has a responsibility towards the country and the planet.

The Minister said that under the leadership of the Prime Minister, the country has made great strides in tackling air pollution and climate change. This includes increase in renewables capacity and establishment of the International Solar Alliance for the energy sector, promotion of electric vehicles and mandated ethanol blending for vehicular sector, conversion to cleaner fuels in case of industrial sectors, ban on Single Use Plastic, among others.

Speaking about Mission LiFE, i.e., Lifestyle For Environment, a One-Word Movement launched by thePrime Minister in October 2022, he said that emphasis needs to be laid not only on converting waste to wealth, but also on reducing waste generation. While action is being initiated for carbon markets, carbon finance, mitigation and adaptation, sustainable consumption, sustainable production and creating awareness among the people for an environmentally conscious lifestyle is the way forward.

He hoped that useful inputs would emerge from the technical sessions that would be held during the conference, however, it should be ensured that discussions take into account policy formulation, policy execution, innovative and scientific developments, ethical values and traditional knowledge, as all these elements would be required for putting up an effective fight against climate change.

‘National Clean Air City’ awards were given to 9 best performing cities in meeting air quality targets and implementation of corrective, preventive and mitigation actions, based on Swachh Vayu Sarvekshan 2022.

Prize cheques and certificates were given in three categories of cities based on population. In the first category of cities i.e., those having population more than 10 lakh, Lucknow bagged the first prize with a cash reward of Rs. 1.5 crore for reducing average ambient PM10 concentration by 31% from 2019-20 to 2021-22 and scoring higher on actions taken for abating burning of biomass and solid waste. Ms. Sanyukta Bhatia, the Mayor of Lucknow received the cheque and certificate from His Excellency, Prof. Ganeshi Lal, Hon’ble Governor of Odisha, and Union Minister of Environment, Forest & Climate Change, Shri Bhupender Yadav.