Autocross, Motocross begin at Mohali with scrutiny of vehicles

The 4th edition of the Thunderbolt OYA Autocross and Motocross, and the Padam Chevrolet Offroad Challenge 2012 got started at the YPS Grounds in Mohali today. The scrutiny of all the vehicles participating in the event was held at the grounds today. These include diverse makes of four-wheelers, two-wheelers and specialized ATVs (All Terrain Vehicles). The vehicles were scrutinized as per the norms of the Federation of Motorsport Clubs of India (FMSCI). Some of the finest motorsport champions of the country have converged at Mohali for the event. These include yesteryear's champion Bobby Bhogal, Philip Mathaia, Harpreet Bawa, Anil Wadia, Rubin Grewal, Sunny Sidhu, Raj Singh Rathore, Abhishek Mishra and others. President OYA Mr Gulpreet Singh Aulakh said that there are about 150 competitors for the 13 categories of the event.  The Autocross and Motocross, and the Offroad Challenge are organized by Old Yadvindrians Association (OYA) in collaboration with Team Chandigarh Adventure Sports (TCAS). These will be held at the grounds of Yadavindra Public School (YPS), Mohali.  Multiple entries are allowed, so the event will have about 145 qualifying rounds in 13 categories on December 15. On December 16, top six qualifiers in each category will vie for the top honours of the OYA Autocross and Motocross.   Over the last two days, the ground has been prepared for the Autocross and Motocross championship. In addition, the outer perimeter of the grounds have been transformed into a formidable track for the participants, for the Padam Chevrolet Offroad Challenge.
The track has been created just inside the barricading. It features difficult inclines, slushes, pits and other offroading thrills, difficult to traverse even for the most skilful drivers.  Mr Aulakh, who is also the founder of Team Chandigarh Adventure Sports, said that Thunderbolt OYA Autocross and Motocross is also the only event in the country to boast of a Twin Dirt Track with a Bridge Cross. This has two cars racing on the same track, and yet they never meet. This means double the thrill for the spectators and also the participants, since the two participants are now racing in comparison to the other. The space covered by the track is 2 kilometers approximately, and the bridge with the under-tunnel created on the track further adds to the drama quotient of their racing. In Motocross, all participants are flagged off simultaneously, with each doing 10 to 12 laps. The Marshals posted along the track keep a record of their performance, and the results are compiled accordingly.  Two life-support ambulaces with paramedic staff are stationed at the spot during the event.  Registration for the event opened on October 31st. Within a month, almost all categories were full.
The event categories are as follows.
Autocross:
1) Upto 1300cc
2) Upto 1600cc
3) Above 1600cc
4) Open class: Any car or SUV of any make
5) 4x4 class: Any 4x4 SUV or car, any cc any make.
6) Ladies class: Any car any make, driven by a lady
7) Novice class: Any car any make, driven by a novice driver.
8) OYA Class: Any car any make, driven by a OYA member.
Motocross:
Group A
Group B
Group C & D is sub-divided into:
a) upto 110cc
b) upto 160cc
c) above 160cc
Open class
Novice class: New entrants in a motorsport event
Offroad Challenge
1.      Suv
2.      Extreme
About the Organizers
OYA Autocross and Motocross is an event of Old Yadvindrians Association (OYA), the alumnus of Yadvindra Public School, Mohali. The president OYA Gulpreet Aulakh and Vice-President Dr Sandeep Bansal, a senior ENT specialist at PGI,  The OYA Festival begins in December each year. It includes the OYA Autocross and Motocross, Treasure Hunt, SMS Quest and culminates with the Winter Ball, happening this year on December 22 in the school campus. Team Chandigarh Adventure Sports is a club owned by professionals in the motorsport industry since last 15 years. The club is part of the organising committee of leading motorsport events in the country like Formula 1, Raid de Himalaya and the Desert Storm since the last 10 years.  The core organizing committee of the event includes Gulpreet Singh Aulakh, Nikhil Jaspal with executive members Dr Harinder Pal Singh Batth, Nittin Jaspal, Nidhi Aulakh and Purnima Jaspal.  The club has organized all kinds of successful events like DLF women on wheels, Santa Banta women and vintage car rally, Chevrolet fun challenge, OYA Autocross and Motocross, Renault SpeedSprint, Mahindra Uncaged, Mahindra Great Escape etc, to name a few. Team Chandigarh Adventure Sports owns a complete offroading track near Chandigarh in an  area of 24 acres, with complete tracks and training personal. The club owns complete infrastructure to hold high speed events. For example, the club introduced automatic electronic timing machines for the first time in this region. The club also has a permanent tie-up with 108 ambulance for medical evacuation, and fully modified fast intervention vehicles for quick response in case of any eventuality.
Read the full article
Tags: economy news free business news invc mohali Autocross Motocross begin at Mohali with scrutiny of vehicles 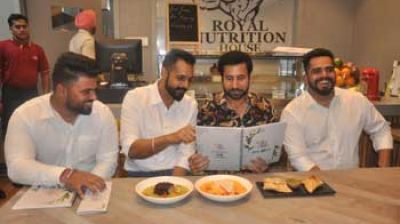 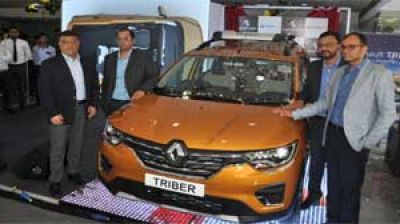 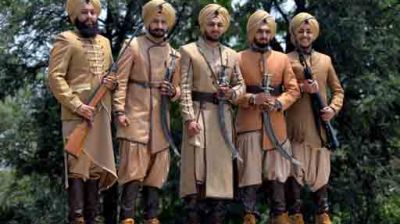 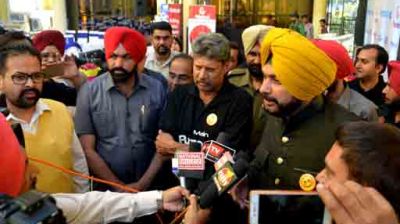 Three years rigorous imprisonment to then manager of bharat petroleum...