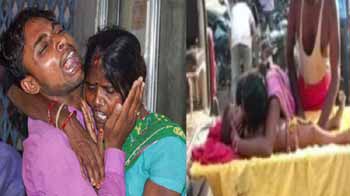 Heavy rains have wreaked havoc in the northeastern state of Assam, with over 22.17 lakh people still stranded in 27 of its 35 districts, in which landslides have claimed 174 lives so far.

Assam State Disaster Management Authority (ASDMA) officials said 156 people lost their lives in pre-monsoon and monsoon floods since April, while 18 others were killed in landslides in different districts of Assam. He said that over 50,714 hectares of crop area in 1,934 villages in 27 districts was still submerged, while the flood situation was worsening due to incessant rains in the state. Over 2.77 lakh men, women and children have taken shelter in 404 relief camps and the district administration has set up relief and distribution centers in the flood-affected districts.