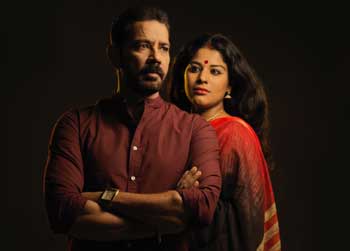 Theatre an exhilaration of memories

The final day of World Theatre Forum was filled with stories that the speakers recollected and shared with the audience. The first session of the forum was on Archiving Performances during Festivals and the second session discussed upon invisible labour, unseen artist, absent consumer. The first session was chaired by Mr. Tripurari Sharan the speakers for the session were Ms. Pratibha Agrawal, Ms. Prasanna Ramaswamy and Ms. Luisa Spagna and for the second session was governed by Prof. Tripurari Sharma and the speakers were Mr. Santanu Bose, Mr. Sanjoy Roy and Mr. Philippe Engel.

Mr. Tripurari Sharan took the lead of todays discussion talking about how memoirs should be preserved but they require one to be very careful with them. Ms. Prasanna Ramaswamy continued on the same lines she recollected “Each moment is a treasure from creation to conception and to performance. But still one can never experience the same exhilaration.” Ms. Luisa Spagna recollected her experiences from Torino Festival she expressed, “this material helps documentation, history, pedagogy and experimentation. The session concluded with facts that expressed about documentation and how it should be done”.

In the final session of the seminars Prof. Tripurari Sharma spoke about the quality of labour that has improved over the time. She said, “Something that was so simple has now become a new nuance, a speciality. Mr. Philip Engle elaborated upon how this all started when people went on strike in a festival to gain the recognition they deserve. Mr. Sanjoy Roy made very effective comments upon the topic with the idea of collaborated festivals, through artists taking the stage and creating awareness.

In Meet the Director dialogue was between the directors of Barnam Van (Dir. Vyomesh Shukla), Adayalam (Dir. T. Suresh Babu) and I Am Not Here (Dir. Deepika Arwind) and the audience. The discussion started with Deepika Arwind, Director of I Am Not Here, critiques praised the play by saying it was interactive and relatable and then questioned her about the process through which this play had evolved. Answering this she said, “I like to work with movement in whatever I do, if I can”. She added that, “the process was initially very collaborative” and praised the actors. Barnam Van’s director Vyomesh Shukla was questioned about why he chose ‘Macbeth’ as he changed his genre, he stated that “there are different ways of presenting the plays of Shakespeare, every dialogue carries the ability of presenting different mood and expression. It is on us, the way we perceive it, having this thought in mind I decided to do Macbeth.”

Manimugdha is the central character of our version of Rupalim, a timeless play written by Jyoti Prasad Agarwala, one of the torch-bearers of the literary and cultural field of Assam. Originally, Rupalim is a play based on the love story of a pure hearted young girl, Rupalim, who becomes a victim of the complexity of relationships and its outcome, and is brutally put to death for being in the quagmire of love, obduracy and humiliation. Battered between the psychological dilemma of good and evil, the multi-dimensional character, Manimugdha, is one of the best creations of Jyoti Prasad Agarwala and has been widely discussed. We have made an effort to cast a glance around our surroundings through the dilemma of Manimugdha.

The performance begins with an invocation to Lord Ganesha, and then to Lord Kartikeya.

Mahishasura, a demon who has created terror in the world of the gods, has captured heaven, earth and the nether world. Goddess Durga, who rides a lion and has been bestowed upon with weapons from Brahma, Vishnu and Mahesh to fight Mahishasura, after a long battle slays him.

The play Ballygunge 1990 is a thriller. The place is Ballygunge, Calcutta and the year is 1990. Kartik and Vasuki had been in a passionate relationship for more than ten years, before Kartik left Vasuki behind to chase his dreams in Mumbai. Vasuki is now married to a famous painter and is living a life full of regrets and vendetta. She holds Kartik, and their failed love, responsible for her miserable life. Now she has invited him over for a coffee at her mansion. Kartik is a bit confused and happily surprised to see the same ten-year-old passion and love in Vasuki’s eyes. Vasuki is unpleasantly surprised to see the same hostility and detachment in Kartik’s eyes. A well-crafted plan is going to change the course of their lives forever.

The play aims to give voice to the dramatic event of Tuticorin Massacre and how non-democratic practices thrive, law and order deteriorates, the high-handedness of military and security forces prevails, and the common man’s life loses meaning. The play begins with the scene of protest against environmental pollution caused by a factory. The police resorts to baton charge and starts shooting at the unarmed innocent people. The play inevitably invites the audience to identify the hypocrisy of the so-called civilization in the contemporary world. The play also portrays the politics of atrocity and its ultimate purpose of acquiring power and wealth by exploiting and sacrificing the common people, who do not even understand the purpose for which they fight and die. The authoritarian body of the state and factory officials justifies this slaughter of democracy in the name of action against injustice. The people who are killed are neither the perpetrators of injustice, nor are they aware of the injustice. By showing how the authority and the management justify this massacre of innocents, the play tries to project the ambitions of the global powers to assimilate wealth and resources, and how these ambitions are realized through wars, neo-imperial political treaties and so on. The competing forces among the global powers work together but from different directions and for the same target – towards the ultimate and complete exploitation of the resources and territories of the people. Almost always, history has repeated itself in this way all around the world.