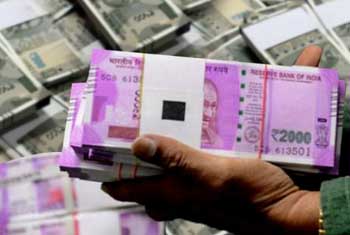 Enforcement Directorate officials probing the teacher recruitment scam have found cash worth Rs 28 crore besides 5 kg of gold from Arpita Mukherjee’s Belghoria flat in North 24-Parganas. Counting of notes continued till 4 am on Thursday.

The probe agency said the total cash recovered from the premises is now around Rs 50 crore. Officials said a huge amount of money was recovered from the toilet. ED officials raided Arpita Mukherjee’s Belghoria flat till Wednesday morning, ie for about 18 hours.

Earlier on Wednesday, two flats in Belghoria were raided after questioning. About Rs 22 crore in cash and gold was found in one. Arpita Mukherjee claimed that Partha Chatterjee used her house as a “mini bank”. ED officials loaded the truck with around 10 trunks full of cash and jewelery recovered from the residence of Mukherjee, a close aide of Trinamool Congress leader and Bengal minister Partha Chatterjee. Mamata Banerjee’s minister was recently arrested by the ED. PLC/GT

Vice President Election 2022: Will Mamata Banerjee stand with the opposition in the election?

Divide and rule policy is going on in India: Mamata Banerjee