Animal feed additives market of Indonesia grew at a CAGR of 8.3%: kenresearch

New Delhi, The demand for animal health products in Indonesia have been increasing over the years 2009-2014 supported by the fact that food products from sick animals cannot be deemed fit for human consumption. Additionally, with rising population, consumption of meat by people has also increased in the country. Furthermore, the significance of the economic impact of livestock diseases has also highlighted the importance of animal health products such as vaccines, medicines and others. The animal health industry in Indonesia is highly regulated. This concern stems not only from the public health, food safety and food security aspects but also from huge economic costs that those animal disease outbreaks.The growth of this industry has been influenced by the opportunities in all categories of animal health care products such as feed additives, pharmaceuticals and vaccines. The increasing population along with increase in the personal disposable income acted as catalyst for the development of this industry. Additionally, factors such as rising household incomes and rising awareness for pet health have led to increased expenditure on veterinary care.The Indonesia’s animal health market can be broadly categorized into the various types of products offered namely feed additives, pharmaceuticals and vaccines. The market has been dominated by feed additives over the past few years due to the increased animal population in the country and the rising demand for better quality of livestock products such as meat, beef and others by the consumers. Farm animals include all food producing animals such as cattle, swine and poultry. Health and welfare of farm animals has been one of the prime concerns, owing to their significant importance in agriculture sector. The competition in animal pharmaceuticals and vaccines market in Indonesia is concentrated, with global players that have captured 60.0% of the market and local players have commanded 40.0% of the overall pharmaceuticals and vaccines revenue. From livestock farming to companionship, animals have played an important role alongside with the ascent of humans. This interdependence is unlikely to change in the foreseeable future hence the demand for animal healthcare is likely to rise in the coming years. The animal healthcare market is witnessing a transformation towards preventive healthcare with farm owners investing in feed additives and periodic health check-ups of their livestock. The market for animal health is expected to enjoy persistent growth in future because of continuous innovation and entry of new players in the market.
Read the full article
Tags: kenresearch kenresearch NEWS Animal feed additives market of Indonesia grew at a CAGR of 8.3%: kenresearch livestock farming to companionship animals livestock farming Animal feed additives market 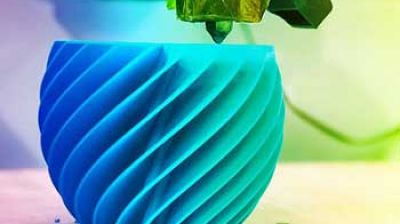