Home Research & Analysis Health R& a Andhra Pradesh is one of the exemplary states in terms of sensitivity... 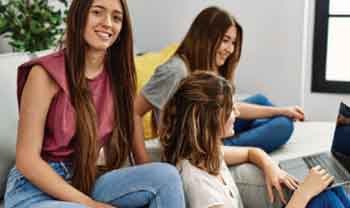 The President of India, Smt Droupadi Murmu, attended the civic reception hosted in her honour by the Government of Andhra Pradesh at Vijayawada today (December 4, 2022).

Speaking on the occasion, the President thanked the Government and the people of Andhra Pradesh for their warm hospitality during her first visit to the State as the President of India.

The President said that the land of Andhra has been blessed by rivers like Godavari, Krishna, Pennar, Vamsadhara and Nagavali. These rivers have also given vitality to rich traditions of Andhra Pradesh. She urged all citizens to always be alert for the cleanliness and protection of our river-mothers. She said that the development of the ‘Nagarjuna Sagar Project’, named after the great Buddhist philosopher Nagarjuna, is a good example of linking progress with heritage.

The President said that Andhra Pradesh is one of the exemplary states in terms of sensitivity towards women.  She recalled poetess Molla who composed a wonderful epic ‘Molla-Ramayana’. She remembered Durgabai Deshmukh, who made many efforts for the progress of women and their participation in the freedom struggle. She also recalled Sarojini Naidu, daughter-in-law of Andhra Pradesh. She said that Sarojini Naidu has played a leading role in Mahatma Gandhi’s ‘Salt Satyagraha’ and she was the first woman governor of any state in independent India. The President said that when she was entrusted with the responsibility of the governor of Jharkhand, she always kept in mind that, according to the ideals presented by great women like Sarojini Naidu, being engaged in the service of people is the right way to serve the country.

The President said that the people of India remember the active participation of the people of Andhra Pradesh in the freedom struggle of our country. This year we are celebrating the 125th birth anniversary of Alluri Sitarama Raju. Our young generation should be well aware of the contributions made by personalities like Alluri Sitaram Raju and Bhagwan Birsa Munda who laid down their lives for Mother India at the young ages. She was happy to note that the ‘Alluri Sitaram Raju Memorial Tribal Freedom Fighters Museum’ is being constructed.

The President said that Andhra Pradesh has played a leading role in the development of modern science and technology in India. She recalled the contributions of Dr. Yellapragada Subbarao in the field of pharmacy and bio-chemistry. She said that the research of Dr. Subbarao has made possible the making of many medicines.

The President said that the Sriharikota range of ISRO is setting new paradigms in space-science. In the field of science and technology, especially information technology, the people of Andhra Pradesh have enhanced the reputation of India all over the world.