An investment worth Rs. 85000 crore is targeted to be achieved

INVC NEWS
Shimla,
The 73rd Independence Day was celebrated with enthusiasm and gaiety throughout Himachal Pradesh. Functions were organised at State, District and Sub-Divisional levels to mark the occasion. Unfurling national flag, impressive march-past by contingents of Police, Home Guards, NCC, ITBP and cultural programmes were main attractions of the celebrations. The people in large number in their traditional attire assembled at the venues of functions early morning to witness the celebration.

While presiding over the State Level Independence day celebration function at historic Ridge Shimla, the  Chief Minister Jai Ram Thakur  hoisted the National Flag and took salute from the impressive march past by contingents of Police, Home-Guards, NCC, scouts and guides  and NSS cadets including  school Children.

Speaking on the occasion, Chief Minister remembered the freedom fighters who made supreme sacrifices for the freedom of the country and paid homage to the martyred soldiers, who lost their lives while protecting the frontiers of the country. He also paid rich tributes to the founder of Himachal Pradesh and first Chief Minister Dr. Y.S. Parmar for laying a strong foundation for the future development of the State.

Jai Ram Thakur said that the present State Government after coming to power on 27th December, 2017 was striving for overall and inclusive development of the State  and framed a vision document 'Drishtipatra Himachal Pradesh-2030' to achieve  developmental goals in a time bound manner.

While thanking the Prime Minister Narendra Modi for his benevolence and affection towards the State, Chief Minister said that the State Government due to the support from centre government has succeeded in getting externally aided projects worth Rs. 10,330 crore in the field of tourism development, agriculture, horticulture, water conservation and forestry, which would go a long way in accelerating the pace of development.  He said that  innovative programmes like Jan Manch, Him Pragti Portal, e-Samadhan, CM Monitoring and Quality Check Cell have been started with a view to ensure good governance in the State. All these initiatives have not only provided public an easy access to government but had also enhanced efficiency of administration and transparency in the system, he added.

Jai Ram Thakur said that over 37,500 complaints   of the people of the State were received till date during the Jan Manch, out of which most of the grievances/demands have been addressed.  He said that Mukhya Mantri Helpline is being launched shortly to further facilitate the public.

He said that State Government was laying special emphasis on strengthening of basic infrastructure and promoting industrialization with a view to make the State self-reliant and ensuring inclusive development. He said that 'Rising Himachal Investors Meet' was being organized at Dharamshala on 7th and 8th November this year to attract investors on a large scale. An investment worth Rs. 85000 crore is targeted to be achieved and till date MoUs worth Rs. 38000 crore have already been signed with various prospective investors.

Jai Ram Thakur said that the State government was giving priority to welfare of senior citizens, women and vulnerable sections of the society. Over 3.57 lakh senior citizens were being provided an increased pension of Rs. 1500 per month under social security pension and overall 5.35 lakh eligible persons were being covered under social security pension scheme in the State.

While laying stress on environment conservation and women empowerment, Chief Minister said that the State Government has launched Himachal Grihini Suvidha Yojna under which free gas connections were being provided to the eligible families.  He said that one lakh nine thousand connections have been provided under this scheme, surpassing the target fixed under the scheme. Under Pradhan Mantri Ujjwala Yojna, 1.15 lakh connections have been provided, he said.

The Chief Minister said that State government was strengthening medical facilities up to rural level. Mukhya Mantri Chikitsa Sahayata Kosh has been set up to provide better medical facilities to the needy people in case of serious illness.  He said that government has also started 'Sahara Yojna' for patients suffering from serious diseases who need constant care, under which Rs. 2000 per month as financial support would be provided. The State government has also launched 'Himcare' scheme to provide better medical facilities to those people, who are not covered under Pradhan Mantri Arogya Yojana-Ayushman Bharat in the State.

Jai Ram Thakur said that State Government was committed to double the income of the farming community and natural farming was being promoted in a big way. Pradhan Mantri Samman Nidhi Yojana is being effectively implemented in the State under which incentive of Rs. 6000 per year was being provided to the farmers.

He said that to explore new horizons in the field of tourism, the government has initiated ‘Nai Rahein-Nai Manzilein’ scheme to develop virgin destinations of tourism importance.  He said that Chanshal valley of Shimla, Janjehli valley of Mandi and Bir Billing of Kangra districts were being developed in the first phase under the scheme.

Jai Ram Thakur announced 4 per cent Dearness Allowance to the employees and pensioners of the state government to be paid from January, 2019 onwards. This decision would provide annual additional financial benefit of Rs 260 crore to the employees of the State.

Chief Minister also announced that in future, the girl candidates of the State would not have to deposit examination fee for appearing in the entrance tests conducted by the State Public Service Commission and State Subordinate Services Selection Board.

He also announced free textbooks to government school students of 9th and 10th class, which would benefit over 65,000 students of the State.

He announced enhancement in financial assistance being given to ex-servicemen, widows of ex-servicemen and their dependants above the years of 60 years and were not getting old age or any another pension from existing 10,000 to Rs 20,000 per annum.

A colourful cultural performance was presented by school students and cultural troupes on the occasion. 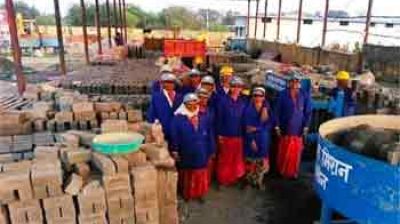 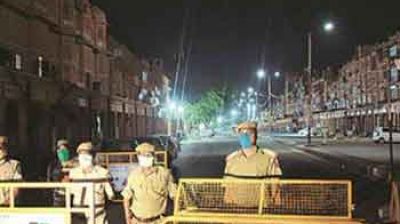 People should have a good perception of police