Home Other Indian State News Amit Shah said : Government before 2014 did not do as much... 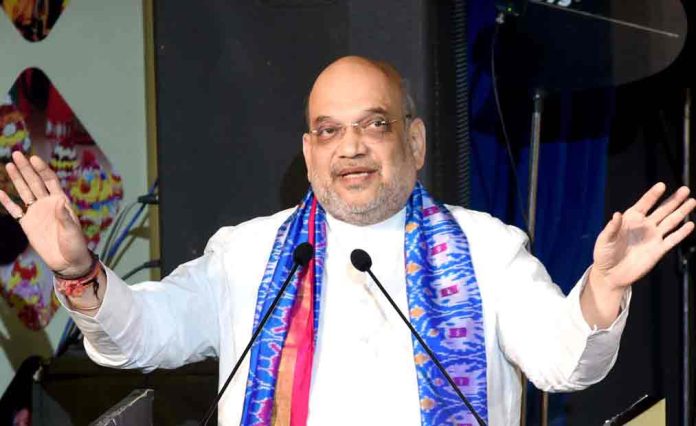 In his address on the occasion, Shri Amit Shah said that with the inauguration of the Headquarters (IN-SPACe) at the hands of Prime Minister, Shri Narendra Modi today, India has achieved a huge milestone in the space sector. Whatever achievements India and ISRO had achieved so far in the field of space in the year of Azadi Ka Amrit Mahotsav, has been implemented on the ground and has also connected private sector companies and Startups with it. Creating an ecosystem that India should come forward to make a huge leap in the field of space, was envisioned by the Prime Minister, Shri Narendra Modi, two years ago, which started with major reforms in the space sector. The doors will open, and  the Indian space industry will also become a huge contributor to our economy.

The Union Home Minister said that today we are in the 75th year of Independence, but governments before 2014 did not do as much work as they should have done in policy making. There were many areas which remained untouched for the Indian people, society and Indian technocrats, because they did not have a favorable policy. The biggest change that Shri Modi made after taking over as the Prime Minister in 2014, was that the Government of India opened up the possibilities of many sectors by making policy in many areas and creating programs accordingly, and space is one of them. He said the New Drone Policy, New Health Policy by linking it with Ayushman Bharat, a policy to make a Manufacturing Hub through Make in India, Stand Up India, Skill India, Startup India, Digital India, Udaan, Self-reliant India, PLI Scheme,  and many policies and programs like India Mission, Swachh Bharat, National Policy on Electronics, DBT, Sulabh Bharat, Mission Shakti, GST rollout and Smart City were made in such a way, that India’s market was also opened for new sectors and Indian youth. Youth also got a platform from where they could compete with the youth of the world. The IN-SPACe Headquarters inaugurated by Shri Modi today will work for us to create many possibilities in the space sector.

Shri Shah said that the approach with which India of the 21st Century is moving ahead and the reforms it is making, the basic basis of which is Prime Minister, Shri Narendra Modi’s unwavering belief in the potential of the people of India. He expressed confidence that this program is going to prove to be a big step in taking India to great heights in the field of space. Shri Modi had envisioned the use of the space sector, space technology, space application for use in welfare, and today’s program is a link to that imagination.

Referring to a sentence used by the Prime Minister, Shri Narendra Modi, the Union Home Minister said that today there is a need in the field of space that there should be no restriction on talent, whether it is in the public or the private sector. Shri Shah said from here the talent of the private sector will also have a platform and support, as well as a way will also be found to take their discoveries to the ground level.