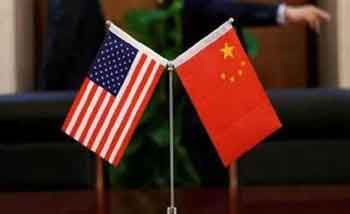 The enmity between America and China has started from the earth and has reached to space. China launched the Tiangong space station last year to challenge the US-led International Space Station. After this, China’s eyes are now on the moon. China has announced to build a base station for its astronauts to live on the Moon.

This base station will be a part of China’s ambitious lunar space exploration projects. On the occasion of China’s Space Day on April 24, Wu Yanhua, deputy director of China’s National Space Administration (CNSA), said that China will begin the fourth phase of its lunar exploration program this year, which includes many things. The main goal of this phase is to do scientific exploration on the South Pole of the Moon, to build a permanent robotic Moon base station for long-term habitation of humans.

Wu said China’s effort would be to establish a science station that would be open to all and run with different countries and organizations.

For the first phase of the project, China aims to survey and build the required facilities over 10 years. After that, China plans to build a science station for the second phase of the project with the participation of various countries, organizations and the private sector.

The third and final phase will focus on operations, where the station will provide good facilities for scientists around the world. Wu said that in the first phase of the project, China will launch three lunar probes Chang’e-6, Chang’e-7 and Chang’e-8 before 2030. Of this, Chang’e-6 will collect samples from the far side of the Moon, while Chang’e-7 will search for water and other resources at the Moon’s South Pole. Chang’e-8 will be used for 3D printing technology.

In addition to the continuous investigation of the Moon, China will also set up a series of satellites around the Moon for communication and navigation. PLC&GT