New Delhi. Union Information & Broadcasting Minister, Smt. Ambika Soni, has said that film and video piracy are the principal banes of entertainment industry in the country. She said this while delivering keynote address at the opening day of the two-day long business conclave on 'Media & Entertainment ' being organised by FICCI in Chennai today. The Union Minister observed that widespread piracy 'puts to zero' the efforts and investments that are made to entertain the country and Indian diasporas abroad. Smt. Soni said that the issue needs to be addressed with firm hand. It is not acceptable that some people work, some earn foreign exchange for the country, some sweat and toil to entertain the countrymen and people across the world but a few unscrupulous elements draw the benefits of that in illegal manner. ‘This is not just acceptable’, she added. The Union Minister said that the whole issue needs to be a matter of joint concern of the states and centre. She requested Tamil Nadu Chief Minister, Dr. M. Karunanidhi, who attended the inaugural function of the conclave, to help the centre in drafting some act or law towards this aim so that the centre can ask the other states to follow. The Union Minister disclosed that she has convened a meeting of State Information Ministers in New Delhi on 5th of December to discuss various issues related to the entertainment industry, including piracy. Smt. Soni said that the government of India is keen to open up wider opportunities for Indian films. Government is making its efforts in as many international film-centric events as possible. The efforts will be beyond festivals like the ones at Cannes, Berlin, etc. "We will tie up with FICCI and other organisations and the film production houses across the country for an effective public-private partnership mode to ensure that there is international market for Indian film industry”, said the Minister. I & B Minister said Indian media and entertainment industry which showed a turnover of Rs. 584 billion last year is expected to grow by 12.4% next year. The sector is projected to grow at 12.5% in coming five years and is expected to reach an annual turnover of Rs.1052 billions. Referring to media reports on not including retrospective of Shri Kamal Hassan films at Goa IFFI, she said that it would be too difficult to give a meaningful retrospective of 50 years of film career of Shri Kamal Hassan in just three films. She informed the gathering that international regulations restrict any retrospective at any international film festival to three. The Ministry of I&B, in association with FICCI, will be organising a national retrospective of Shri Kamal Hassan films in New Delhi, she said. Referring to the increasing number of television channels – numbering more than 500 within the country – she called for a national debate on “what is good, what would be too much and what can carry on”. Smt. Soni said the government is not for regulation. “Self-regulation is the best path”. However, we need to devise some mechanism which would address two competing priorities - right of the media for expression and rights & sensitivities of the civil society. The I&B Ministry is earmarking Rs.1,000 crore during the current financial year to strengthen terrestrial reach of the electronic media to safeguard the people, especially in the border areas, from propaganda from across the country. Smt. Ambika Soni informed the gathering that her ministry is keen to get tax concessions to the entertainment industry. The ministry will try to convince the Finance Ministry to offer concessions on excise duty and lessen formalities and procedures which are more of hassles and obstacles than giving substantial inputs to government treasury from 2010 budget. 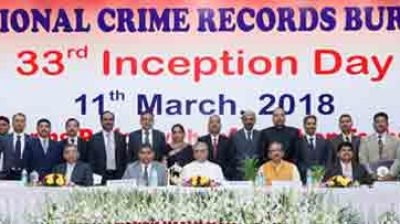 Intelligence agencies play an important role in the successful operations...

Annual Report was a compendium of interesting data containing status...