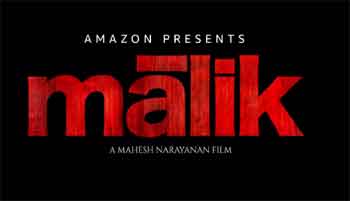 The wait is over for fans as Malik, the Fahadh Faasil starrer, crime drama, will stream exclusively on Amazon Prime Video starting July 15th, 2021

The narrative of the film journeys through the life of Sulaiman Malik, a charismatic leader who goes an extra mile to help the people of his community and provide them support to stand up against the corrupt forces, shielding them from their greedy agenda of colluding and encroaching lands illegally for their benefit.

Actor Fahadh Faasil, excitedly shared, “Collaborating with a brilliant director such as Mahesh Sir is always a pleasure. After the phenomenal success of CU Soon and Joji, which were also released on Amazon Prime Video, I am thrilled to be presented in another exciting release – Malik.  The storyline of Malik is truly very special to me and we have put our heart and soul into making this film. I’m sure our viewers will also feel that after watching the amazing trailer. I hope that viewers across the world share their love and appreciation for this film too.”

Actress Nimisha Sajayan shared “We’ve all been excited about this film and now with it finally premiering on a global streaming service like Amazon Prime Video, I couldn’t be happier. The film has a very unconventional and unique narrative that spans different time periods which was quite challenging for me to perform. I can’t wait to see how fans react to this masterpiece that Mahesh Sir has beautifully helmed.”

The import parity price formula is used to determine the price...