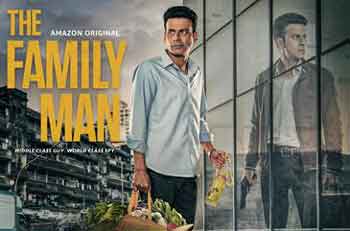 Amazon Prime Video today celebrates the first anniversary of the much loved Amazon Original Series The Family Man. Directed and created by the dynamic duo Raj Nidimoru and Krishna DK, the first season received high acclaim from critics and audiences alike for its gripping storyline and stellar performances. The show, known for its brilliant writing is brought to life by some of India’s award winning actors such as Manoj Bajpayee, Priyamani, Sharib Hashmi, Sharad Khelkar, Neeraj Madhav, Gul Panag, Sundeep Kishan, Darshan Kumaar, Sunny Hinduja, and Shreya Dhanwantary.
The upcoming season of The Family Man marks the digital debut of Indian actress Samantha Akkineni, widely known for her captivating performances in the Telugu and Tamil film industry. Prime members in India and over 200 countries and territories can binge-watch the complete first season of The Family Man on Amazon Prime Video.