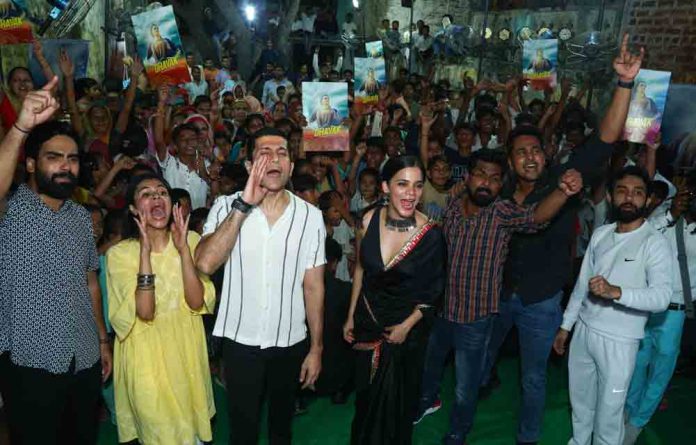 Amazon miniTV hosts an exclusive screening of Dhavak in the village where it was shot: locals, cast, and crew get together to watch the sports drama short film

Amazon miniTV is gearing up to inspire viewers to run after their dreams with its first sports drama, Dhavak. While viewers throughout the country still look forward to Sudha’s inspirational journey, the locals of Ishapur, the village where the short film was shot, enjoyed an exclusive screening with the cast and crew. The special screening saw locals enjoy Dhavak and shower the cast and crew with praises and love. Lead actors Srishti Shrivastava and Vaibhav Talwar also interacted with the locals and reminisced about their time in the village while they worked on the film.

Directed and produced by Abhishek Sharma, Dhavak circles around Sudha Singh (Srishti), a young ace sprinter from Uttar Pradesh who has her eyes on the gold medal. However, societal pressures pose a roadblock to her dreams. The story takes an interesting turn as a ‘Race Swayamwar’ decides her fate. Will Sudha be successful in fulfilling her aspirations? Find out on Amazon miniTV, Amazon’s free video streaming service, from August 30.