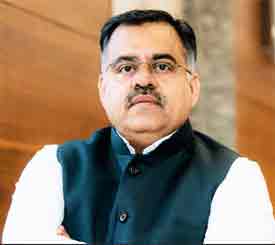 In a statement he attacked Amarinder for finding fault with Delhi police in handling the situation. He said more than 450 police personnel sustained injuries while exercising restraint in controlling the violent group of farmers.

” A chief minister who failed to control law and order in his state looks ridiculous sermonising police of other state,” Chugh said.

He blamed Amarinder for inciting violent elements in Punjab and creating a situation of terror in the state.

Chugh cautioned Amarinder against indulging in cheap political gimmicks at a point when his government was reeking with corruption.