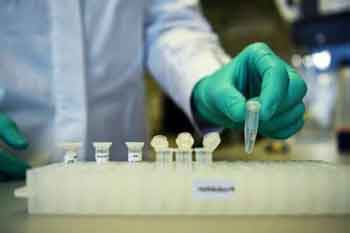 Avian Influenza has been confirmed in poultry samples from Nanded, Solapur, Pune, Ahmednagar, Buldhana, Akola, Nashik and Hingoli districts of Maharashtra; Bhavnagar district of Gujarat and Dhamtari district of Chhattisgarh.

Further, Avian Influenza has been confirmed in crow in Uttarakhand (Rudraprayag Forest Division); inTitar in Junagad(Gujarat) and inpeacock in Beed (Maharashtra).

Control and Containment Operations (Cleaning and Disinfection) are going on in the affected epicentres of Maharashtra, Madhya Pradesh, Chhattisgarh, Punjab, Uttar Pradesh and Gujarat.Surveillance work is continued at the places where positive results have been reported in other species of birds excluding Poultry.

Compensation is paid to farmers whose poultry birds, eggs and poultry feed are culled/disposed of by the State as per the Action Plan. The Department of Animal Husbandry & Dairying (DAHD), Government of India provides funds to states / UTs on a 50:50 sharing basis under ASCAD component of its LH & DC Scheme. The Government of Maharashtra has sanctioned a compensation package of Rs.130 Lakh for culling of poultry and other birds, eggs and poultry feed and operational cost of disease control within 1 km radius of the infected area, under the Bird Flu Disease Control Program.

All the States are reporting to the Department on daily basis regarding the control measures adopted by the States/UTs based on the Revised Action Plan for Prevention, Control and Containment of Avian Influenza 2021. The Department is taking continuous efforts to generate awareness about Avian through platforms including social media platforms like Twitter, Facebook handles.