All the child care institutes should be registered : Maneka Sanjay Gandhi

INVC NEWS New Delhi , A two days’ National Conference of the State Ministers and Principal Secretaries/Secretaries of Women and Child Development was inaugurated by the Union Minster of Women and Child Development, Smt. Maneka Sanjay Gandhi in New Delhi today. The conference has been organized to review with the States/UTs the implementation of various schemes of the Ministry of Women and Child Development. Apart from the State Ministers and Principal Secretaries of WCD, the representatives of World Bank, UNICEF were among those who participated in the event. In an interactive session with the participants on issues related to adoption, Smt.Maneka Sanjay Gandhi said that the area of adoption requires immediate and urgent attention of the states. The Minister pointed out the large number of pending Home Studies which are currently more than 3600 and instructed the state officials to complete them at the earliest. SmtManeka Gandhi also asked the states to set up a Specialized Adoption Agency (SAA)in each district. Currently, there are only 278 SAA’s in the country as compared to 677 districts nationwide, she added. The Women and Child Development Minister said that all the child care institutes should be registered and all adoptable children should be available on the CARINGs website by the beginning of 2016. Some of the other suggestions given to the states included nominating good NGO’s to help DCPOs in the process of adoption, working closely with the courts to facilitate adoption, setting upChild Welfare Committees, providing complete information of the adoptable children among others. SmtManeka Sanjay Gandhi explained that once the systems are streamlined it would be possible to place fifty thousand children into adoption through proper channel by the end of next year. Currently nine thousand parents are waiting to adopt children where as eight hundred children are registered and are legally free as per records, she added. In another interactive session on women’s issues, the Minister asked the states to put the Mahila Protection Officers in place as soon as possible andto give 33% reservation to women in the police force as per directions of the MHA. She also asked the states to provide monthly report on the action been taken by them on the cases forwarded to them by the National Commission for Women. Secretary, Women and Child Development Ministry in his inaugural address highlighted the need to step up action in the sector of women and child development. He said that the government will soon start a scheme to map nutrition with the help of anganwadi workers in which they will be provided Tablets and data will be uploaded on the central server. This will greatly assist in mapping nutrition levels of children in the country. Smt Maneka Sanjay Gandhi also released a handbook on Gender Budgeting prepared by the Ministry of Women and Child Development. The state representatives welcomed the suggestions of the WCD Minister and agreed to take immediate action on the points highlighted in the conference. 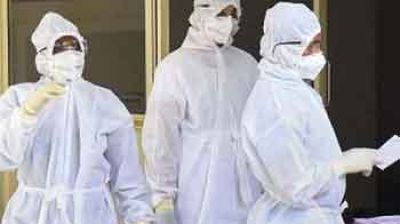 UNICEF scales up support in 145 countries to keep children...